Tesla CEO Musk Hints at Future Vehicles by Saying "If It Moves, We'll Make It" 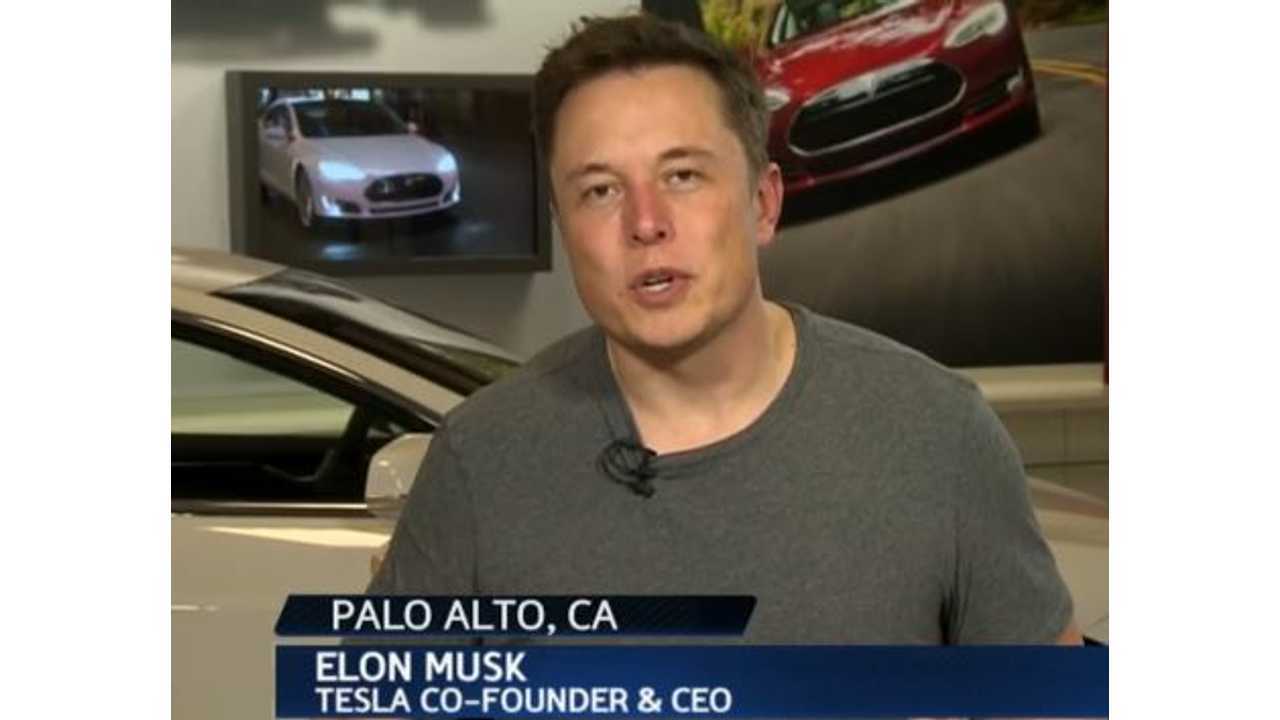 Musk on stage at the Model S battery swap demo

A few days back, Tesla CEO Elon Musk told Bloomberg that production of the Model S is now clipping along at a rate of over 400 units per week.

That was the "news," but there's more that Musk told Bloomberg.

As we already knew, Tesla's factory in California has a few million square feet of unused space, but that square footage might not sit unoccupied for too long.

Musk told Bloomberg that at some point in the future, the Tesla factory will be pumping out 500,000 vehicles per year.  That's precisely how many units could of came out the doors of the factory back when General Motor and Toyota jointly owned it under the NUMMI name.

Musk was short on details, but he did say this:

"We are going to have every kind of car you could possibly imagine.  If it moves, we'll make it."

Next up for Tesla in the Model X, followed by that third-generation low-cost BMW 3-Series fighter.  After that, it'll likely be the next-gen Roadster that appear and that could well be followed by an electric truck that Musk has discussed on several occasions. Beyond that, it's all guesses as to what comes next.