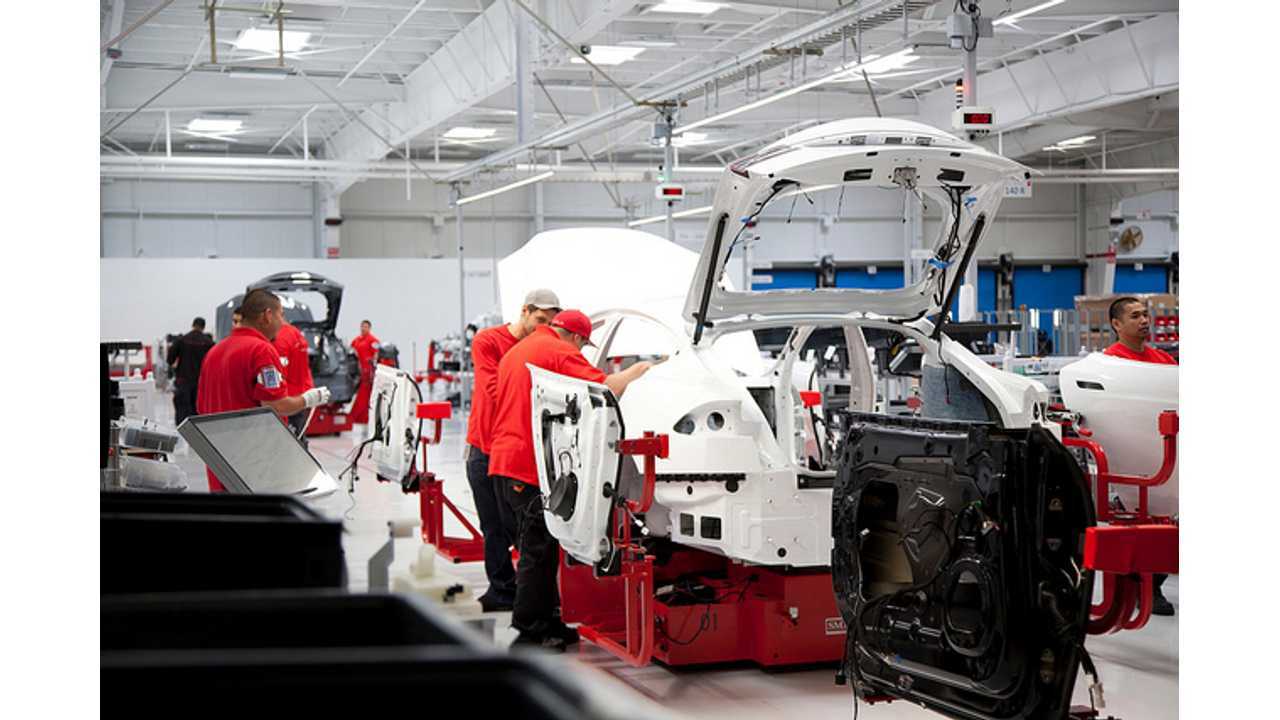 Faster, Faster, We've Got Promises To Fulfill...Mostly in Europe

With all the minute production details now ironed out, Tesla is once again kicking up the pace of production for the Model S.

Let's Get a Move On

Tesla CEO Elon Musk says the goal of building 400 Model S sedans per week is out the window now as the automaker is producing at a rate that far exceeds that initial target.

"We’re above 400 a week at the current manpower, and not trivially above it."

So, probably not quite at 500 per week, but still more than trivially above 400.

Tesla's goal is to sell 21,000 Model S sedans worldwide in 2013.  We believe Tesla will exceed that mark, at least by a slim margin.  With most US orders for the Model S now fulfilled, all of Tesla's attention turns to getting the Model S to customers in Europe and then Asia.