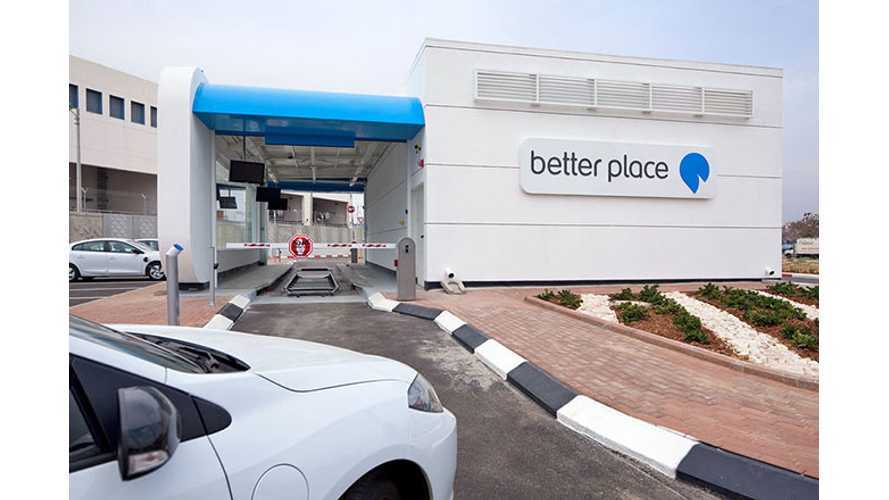 After raising (and subsequently losing) about $800 million dollars, a consortium of BP electric car owners called "Association for the Promotion of the Electric Car" and Sunrise Ltd lead by Yosef Abramowitz have been approved to buy Better Place.

According to Globes - 18 million shekels, which is about $4.9 million US dollars.

A Israeli Fluence ZE Gets A Swap

As well as acquiring Better Place Israel's assets, the group has the option to buy BP Switzerland’s intellectual property for 25 million shekels more (around $6.8 million) subject to approval in that country.

Interestingly, the company still lists about $9.5 million in tangible assets after showing a loss of $454 million last year.

Why the low price then?

As reported by Army Radio, the new group headed by Yosef Abramowitz, said they would operate the company as a "going concern," while agreeeing to retain at least 50 Better Place employees as well as keeping 15 of the company’s 37 battery exchange stations nationwide for at least to years.

Officially the three reasons this offer was chosen over a competing bid were:

Those swap stations were estimated to cost well in excess of $500,000 a piece just to get off the ground.  Given Better Place only found about 1,000 customers to purchase the NIS 160,000 ($44,000 USD) Renault Fluence ZE sedan with the battery swapping option, it is easy to see why the company was unprofitable.

Efi Shahak, one of the Better Place car owners in the successful group said (Via Times Of Israel:

“We see in this a national infrastructure worth hundreds of millions, and which is one of the most advanced in the world.  It’s an unbelievable number of working stations. This is the current technology of electric vehicles, and Israel is the only place that has it: 37 stations, 2,000 curbside stands and 1,000 cars. It doesn’t make sense to throw it out.”