In 1959, Electric Vehicles Were "Closer Than We Think" 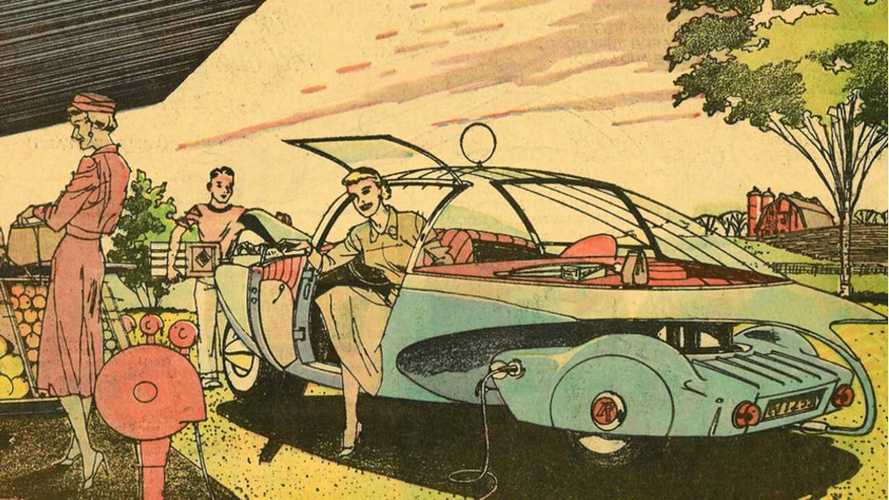 There's the bubbly electric of the future.

Back in 1959, noted illustrator Arthur Radebaugh dreamed up this outrageously stylish EV.

Radebaugh had some radical ideas

At the time, Radebaugh envisioned this plug-in as the vehicle families across America would cruise the town in.

This image ran in 1959 in the Chicago Tribune's Sunday comic section under the title of "Closer Than We Think."  As the title clearly suggests, Radebaugh believed electric vehicles were right around the corner.

His vision was accurate.  The timing?  Not quite.

Here are the words (courtesy of Chicago Tribune) posted with the Radebaugh illustration of the "Closer Than We Think" plug-in:

Americans soon may see a new kind of family second car — run by batteries, boasting hot rod agility, and of adequate size and speed for limited distance use.

Stinson Aircraft at San Diego and the Washington Water Power company, Spokane, have working models. A Detroit auto manufacturer also has a big project in this field.

These electro-cars will run about 70 miles between chargings, which can be done on any home socket. Also planned are roadway chargers, similar to parking meters, which will give a fast charge for a quarter.