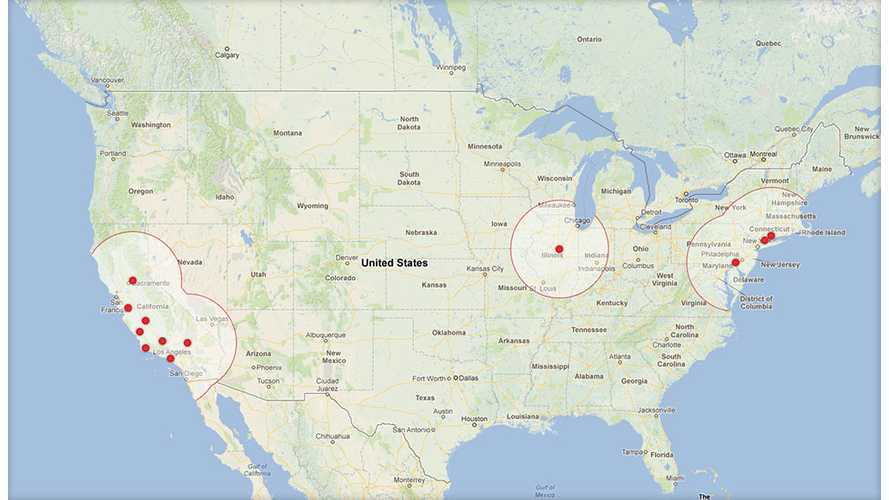 Tesla Motors recently opened three additional Supercharger stations - two in California and one in Connecticut.  This is in addition to the one that recently went live in Normal, IL.

Detailed location of these new stations in Atascadero and Buellton, CA and Darien, CT can be seen on Tesla's list.

The total number of Supercharging stations is now at 13 and should double later this summer.

The interesting thing here is that all these stations are so far a success. At the end of May Tesla said that the Supercharger network has enabled an estimated 1 million miles of driving since going live in October 2012. If we assume energy consumption at 20-25 kWh/60 miles, then this would correspond to between 320 and 400 MWh of electricity.  Add in the assumption that the average charge takes about 50 kWh and we see that the number of sessions likely ranges from 6.4 to 8 thousand.

This is huge level for only the 6 first stations in California and three on the east coast and a few thousands Model S sedans. On average, it seems each station (equipped with 4 to 10 charging spots) was used by at least a few Teslas per day and there have been cases when the stations were fully loaded.