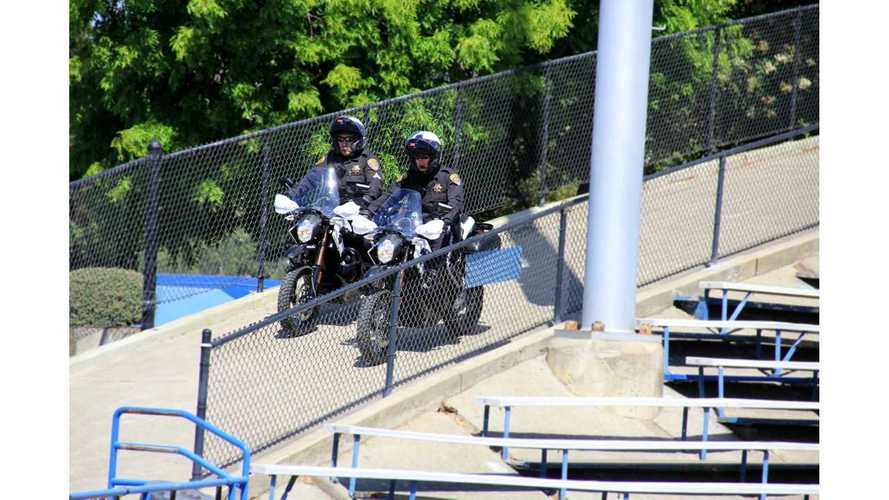 This time, two copies of the Zero DS motorcycles went to the San Jose State University Police Department.  Certainly this is not a big order, like in Columbia, but these are the first ever motorcycles to join the campus' fleet.

The police bikes, chosen for their ease of use, maneuverability and near silent ride, will be used for everyday patrols, special university events and to respond to emergency calls on campus.

Captain Alan Cavallo of the San Jose State University Police Department had this to say of the Zero DS purchase:

"The San Jose State University Police Department purchased Zero Police Motorcycles for our patrol division because we believe the company and product blends well the university's strategic vision and it's a great way to support the local economy.  We are very satisfied with the motorcycles’ performance and especially grateful for the outstanding support we have received from the Zero team since the purchase. Everyone from the assembly line personnel to the upper management team have been fantastic to work with."

The only strange thing is that the police motorcycles are based on Zero’s 2012 MY Zero DS.  Why is everybody ordering 2012 MY when, in February, Zero presented  the 2013?  Is there some MY 2012 discounting going on?