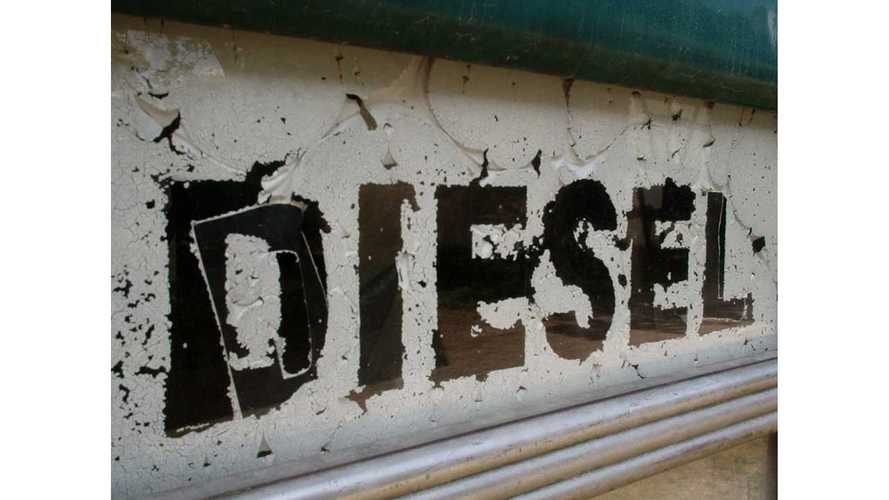 Does the Euro-Spec 2013 Nissan LEAF Compete for Sales With Today's Ultra-Clean Diesels?

It's Finally Clean, But Still Not Nearly as Clean as an EV

Though some will debate that today's "advanced" and "ultra-clean" diesel engines stand toe-to-toe with plug-in vehicles, we don't see it that way.

Diesel certainly have a place in the automotive world, but for personal transport, the plug-in is king.

For example, the diesel version of the 2014 Mazda 6 boasts a 30% advantage in mileage over the gas version.

Other vehicles like the Chevrolet Cruze diesel boast a similar gain over their gas counterparts.

But for all the gains, one aspect of diesels (as compared to plug ins) is often overlooked.

If we examined the the Cruze diesel versus the Chevy Volt, this aspect becomes apparent.

It is, however, possible to travel a few thousand miles in a Volt without consuming one gallon of gas.

You see, for those who understand the operation of plug ins (especially EREVs and PHEVs), calculating how far you will be able to go on a gallon of fuel is difficult, but ultimately is what'll show you why plug ins are almost always the more fuel-efficient option.  For some (a few % of the world's population), the diesel will come out on top, but for the vast majority of Americans, an EREV (or sometimes even a PHEV) will get you further on a gallon of fuel than a modern-day diesel could ever dream of.

Also of note is that diesels get excellent mileage on the expressway, though they often fail to even match a standard Toyota Prius on the city cycle, which is where most driving is done these days.

As we mentioned above, diesel certainly have a place in the automotive world and rightfully so.  They offers loads of cargo-hauling torque, while operating at the extreme heights of ICE efficiency.