Mitsubishi Outlander PHEV May Be Slightly Delayed For US, But Still Coming In 2014 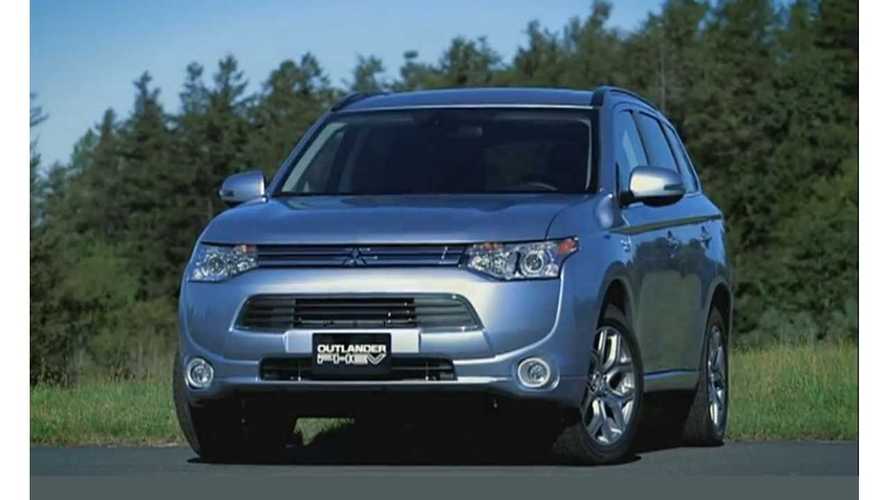 Just as a refresher for those not familiar with the Mitsubishi Outlander PHEV.  It is a four wheel drive, extended range plug-in utility vehicle, that will be the first of its kind to hit the US market - when it does gets here.

No more electrifying of small compact sedans for Mitsu - the company has decided it is time to start converting lower mpg SUVs (the gas Outlander 4WD gets about 23 MPG), which sounds like a pretty good idea to us.

The plug-in from Mitsu has as estimated range of 25 miles and around a 80 MPGe rating (based on EPA methodology) and seemingly everybody around the world, where it has already been put on sale, wants one.

In fact, demand has been so strong that earlier this year we broke the news that Mitsubishi is set to double monthly production capacity (up to 4,000 units) in September.

The Outlander PHEV first went on sale in Japan on January 24th of this year, and we heard earlier from Mitsubishi boss Osamu Masuko (as he outlined Mitsubishi's comeback plan for selling cars in America) that the "plug-in hybrid version will go on sale in the United States in January 2014."

And because January is now fast approaching, we figured we would get in touch with Mitsubishi USA to re-affirm this introduction date, and perhaps suss-out some further order details.

To which an account executive said to us "Our plan is to introduce the Outlander PHEV in the US during 2014CY (calendar year) and we will be making a formal announcement at a later date."

Obviously, this reply is fairly non-committal in nature, but given that January is only 5 months away, and that the company already said the vehicle would be going on sale in January of 2014, we can't help but feel there is a little slippage still happening here when we hear the terminology "calendar year" being used.

On the plus side - it is still coming, and probably any delay is due to overwhelming demand in Japan and Europe.  So its not all bad, we might just have to wait a touch longer than originally expected.

The Outlander PHEV is expected to retail just under $40,000 in the US when it arrives.

Outlander PHEV Info-Video (Below):  this Mitsu produced video is also an InsideEVs favorite due to its Disney "ride-queue" tone and extreme overacting by European would-be thespians.  (awkward goodness starts at the 2:40 mark)