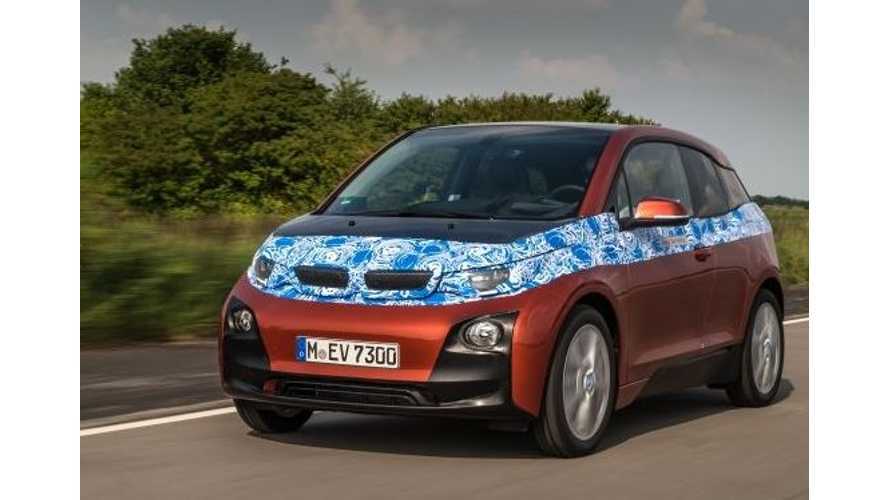 Think Large SUVs and Bigger...That's Where the Fuel Cell Makes Some Sort of Sense, Says the Consortium...Anything Smaller is BEV Territory

The verdict is in.  Battery electric vehicles are suitable for almost every task and ideal for nearly everyone out there.

Okay, maybe that's not the precise verdict, but it's close.

i3 BEV an Urban Dream Machine?

The "Mobility Hydrogen France" consortium, which is represented by 20 organizations, corporations, government entities and so on, released a report on the future of hydrogen fuel cell vehicles.

The report won't be published until late 2013, but the summarized findings show that, even by 2020, hydrogen fuel cell vehicles will only grab minute segments of the automotive market.

In particular, the reports suggest that the commercial vehicle sector will likely see hydrogen gain in popularity for two reasons: long-distance hauling and the need for extreme power.  Outside of the commercial sector, it's believed that fuel-cells might have a place say in full-size trucks or large SUVs.

Beyond those segments, it's all electric.  For example, the report says battery electric vehicles are ideally suited to urban environments where the vast majority of the world's population resides.  Even within the commercial sector, the report says that BEVs will likely dominate if the vehicles are to be predominantly utilized within metropolitan centers.

So, maybe fuel cell vehicles have a place, but electrics have lots of places.  Or something along those lines.