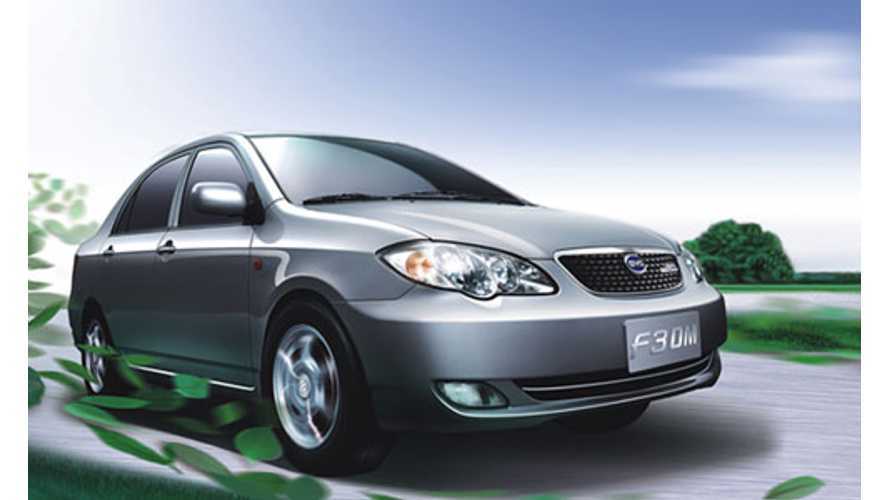 Production?  Sales?  They're sort of one when it comes to China, especially since exports of electric vehicles aren't one of China's specialties.

So, here we present some production predictions for electric vehicles in China.  Or, should we say, sales predictions?

According to statistics released by the China Association of Automobile Manufacturers, production of electrified vehicle reached 12,552 units in 2012.  The vast majority of those vehicles were of the pure electric variety (11,241).  Only 1,311 were hybrids (either plug-in or conventional).

But big gains are coming, so says all the forward-looking types in China.

The China Association of Automobile Manufacturers says that production of electrified vehicles in China will reach 273,150 units by 2017.  Yes, that's one precise figure (a ballpark figure of 273,000 would work, but that extra 150 is an added bonus).  Again, the vast majority of those electrified vehicles are expected to be pure electrics.

Where will China sell all of those BEVs?  In China, mostly.  The nation's policies call for a vast and far-reaching change that should nearly force some citizens to go electric.  Sure, some of those BEVs will make the trip to Europe and maybe a handful will land in the US, but the outlook says that China will basically have to buy almost all of those 273,150 electrified vehicles to come even close to meeting government targets.