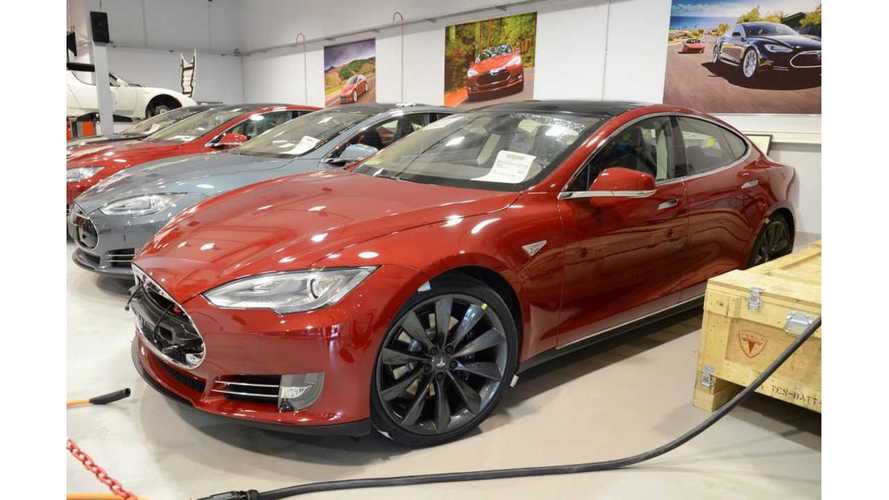 It was known that the first true production run of the European spec Tesla Model S had begun last month at the company's Fremont assembly facility, but we had heard no reports of actual European cars being delivered to Europe.

The first of true Euro-spec cars have landed in Norway!

And why not Norway?  It's the hottest place on the planet to sell an electric vehicle, 1 in every 28 cars sold in the country are electric.  Up until now, those sales were mostly Nissan LEAFs, but next month it will be mostly the Tesla Model S.

These first cars sighted are reportedly being used as demonstration models, but Signature Performance (85 kWh) editions are also en route to customers as well.

On display is all the new features like heated rear seats, Euro-style front nose cones and parking sensors...which are not available on the US model as of yet.  Euro charge ports.  And it also appears there is some towing functionality now with a tow hook in the front.  The batteries and front cone are shipped separate from the car and assembled on-site. In regards to the parking sensors:

Spot the dangers and protect your car's bumper with our audiovisual parking sensors.Receive audible and visual prompts on the car's touch screen that is activated when the car is in reverse or traveling below 10 km/h

Big props to Ebilforum in Norway and to reader BB for info and photos.