Combined First Half Sales of EVs, PHEVs and HEVs Rose by 23% to Outpace Growth in Truck Segment 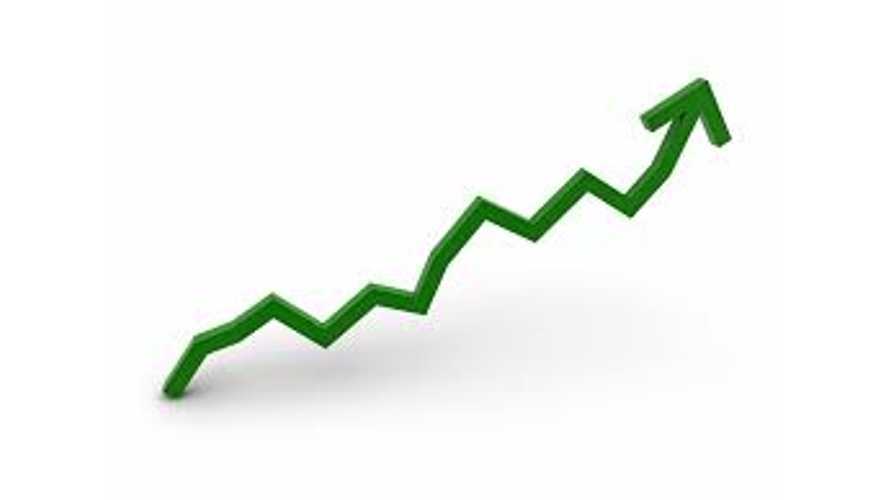 Look at all them electrified Fords!

Tesla Motors Fueled Some of That Growth

According to Bloomberg, first half sales of electrified vehicle grew by 23 percent in 2013, as compared to the first six months of 2012.  Electrified vehicle sales through the end of June totaled 287,000 units (yes, most of that total is from sales of conventional hybrids).

Meanwhile, sales of full-size pickups trucks rose by 22 percent through the first six months of 2013, as compared to the results posted in the first half of 2012.

What this all means is that electrified vehicle growth is outpacing that of full-size trucks.

There are, indeed, other vehicles that contributed to the 23-percent growth, but Bloomberg says most of the boom was from the sales success of these three models.  More specifically, the electrified versions of the Fusion and C-Max boosted Ford's deliveries in the segment to 46,197, or 5 times the amount the automaker sold during the first 6 months of 2012.

"The number of entries in the segment continues to grow, so as a buyer you don’t have to make a compromise to get what you want.  Ford is obviously increasing sales, but what’s more important is they’re now a serious player in this space."