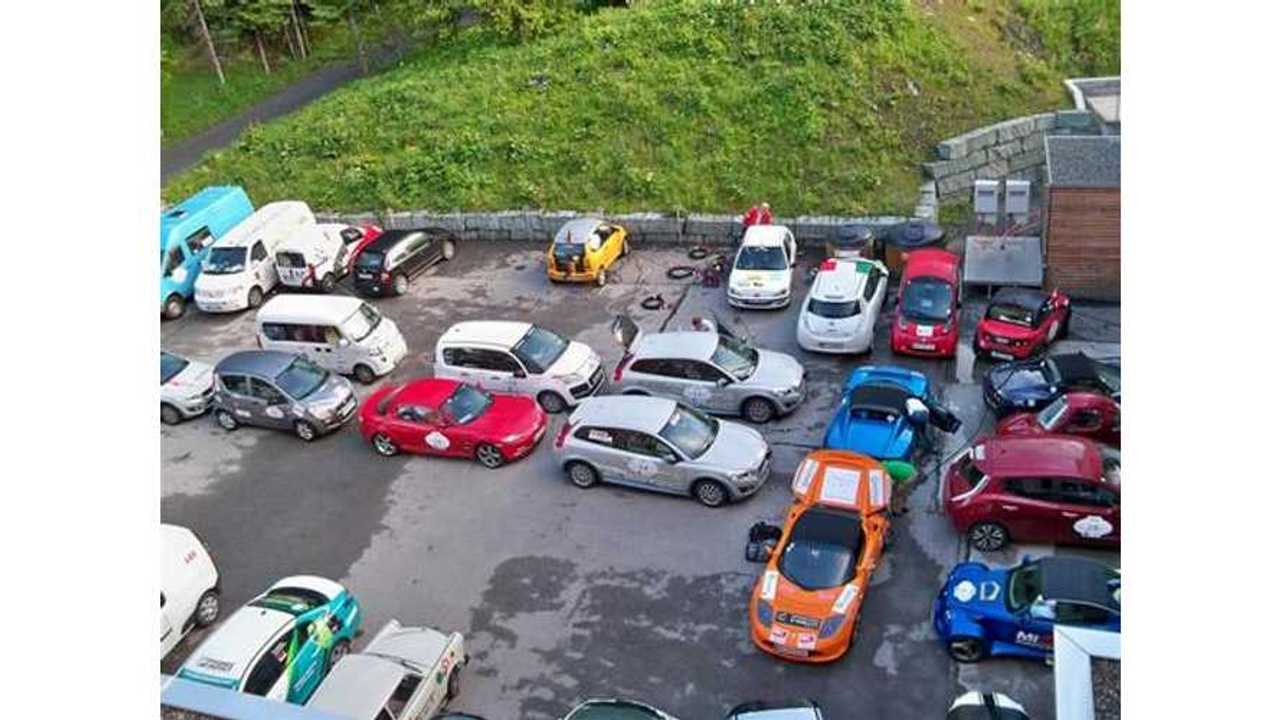 On Friday, June 28, more than 40 electric vehicles kicked off one of the world's largest EV rallies.

Called Wave (World Advanced Vehicle Exhibition) 2013, the goal is to showcase electric vehicle technology by driving for 10 days and 1,118 miles.

The route (shown below) takes the participants across Europe in the Vienna to Zurich rally.  The vehicles in the Renault ZOE, Tesla Model S, Tesla Roadster, Renault Twizy, Nissan LEAF, Vauxhall Ampera and Peugeot iON, just to name a few.

There are several scheduled stops along the way to show off the electric vehicles, to educate the general public at events setup along the route and to recharge.

Though Wave 2013 kicked off with roughly 40 participants, the rally grows in size each day as additional EV owners join the convoy as it makes its way to Zurich.

Some rather unique converted electrics have joined the group, including a Porsche and a home Sterling EV.

Created by Louis Palmer, the first man to drive a solar-powered vehicle around the world, the first Wave event took place in 2011. Since then, the tour has annually taken a different route across Europe.  Though we're sure it's a blast, the goal of Wave is to promote electric vehicles in every city and village across Europe.  Any individual that owns or has access to an electric vehicle (even an electric bicycle) can participate.  Teams from around the world participate in the annual event.

Wave is not a race.  There's no prize for finishing first.  The grand prize is in promoting EVs and convincing the public that plugging in is the future.