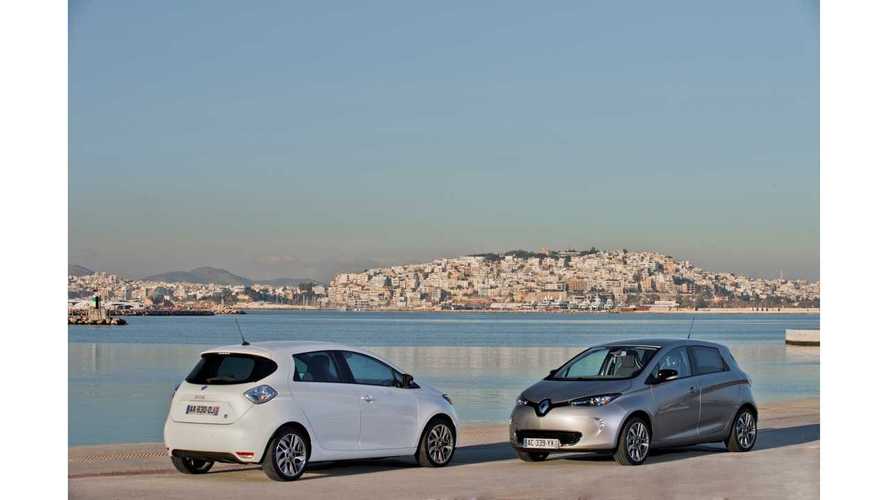 LEAF - the best of the rest in France

During the first six months of 2013, sales of passenger electric vehicles are more than double what they were the previous year in France.

Europe's largest electric vehicle market seems to growing despite the nation's shrinking automotive market, but remember that the growth is fueled largely by €7,000 in incentives.

The clear market leader in France is Renault Zoe, with over 750 sales in June. Second highest was the Nissan LEAF, but it's far behind with less then 100 copies sold last month.  The remaining EVs sell in such low volume in France that we won't bother to list them here.

Zoe and Leaf together control about 86.5% of the passenger EV market in France (Zoe over 75% and Leaf over 11%).  So, the market is polarized like in Norway, where LEAF is the king.

If everything will goes as expected this year in France, we will see well over 10,000 new electric vehicles put on the roads, plus probably over 4,000 of electric light-duty commercial vehicles and maybe a thousand Twizys.