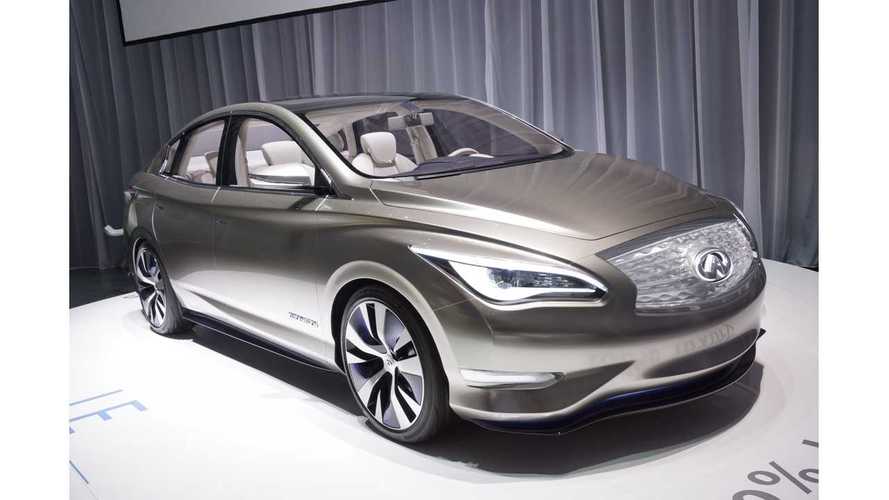 According to Automotive News Europe, the head of Nissan global planning, Andy Palmer, says that hold up on the Infiniti LE is for two reasons: more advanced charging (wireless) and battery technology.

First news of delaying the LE came about month ago from Infiniti boss Johan de Nysschen, who suggested that the hold up was more about product priorities than technology.

Palmer now says that the electric Infiniti is "not significantly" delayed and that "It's still within our mid-term plan."  Furthermore, Palmer promises us that the delay does not mean that Nissan-Infiniti is losing interest in electric vehicles.  "Our heart is still in zero emissions,"says Palmer.

Palmer ensures us that the delay will lead to a better LE, one with more range and maybe even a reduced price.  Quoting Palmer:

"There are some interesting advances in electric technology we hadn't anticipated when we showed the LE, which, by delaying a little bit, we can incorporate into the car."

So, when will this enhanced Infiniti LE arrive?  We're not so sure, but an optimistic projection of late 2015 seems reasonable for now.

The next question is: Will the Nissan LEAF eventually get the same enhancements as the upcoming Infiniti LE?