Renault Laughs at London's Congestion Charge; Boasts 4 Vehicles That Slip by the Charge to Save Drivers Up to $3,810 Per Year 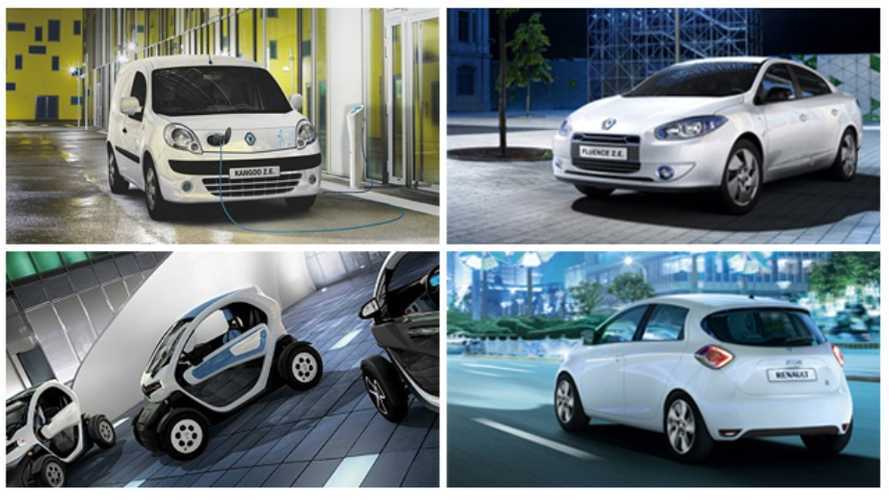 We'd Go With Zoe to Avoid the Congestion Charge

Essentially, electric vehicles (including plug-in hybrids and extended-range electrics) are exempt, while drivers of other vehicles  most pay a per day fee of £10 (weekday rate or approx. $15.24 US) to enter central London.

That daily fee adds up quickly for those who must routinely enter Congestion Charge Zone.

With that in mind, Renault says we've got you covered.

Renault points out that it's the only automaker in the world with 4 electric vehicles that bypass the Congestion Charge.  In fact, owners of those Renaults could save up to £2,500 ($3,810 US) per year under the revised system.

It's estimated that some 20,000 drivers who previously qualified (mostly those who own hybrid and ultra-clean diesels) to enter the city without paying the congestion charge will now have to cough over some cash to get in.  This alone should convince more Londoners to buy plug-in vehicles.

Never fear, Renault's here.  There's the Zoe, Fluence Z.E., Kangoo Z.E. and Twizy, all of which are exempt from the charge.  Soon the Twizy Cargo will join that list, too.

Renault is not the only savior though.  Check out the full list of charge-exempt vehicles by clicking here.