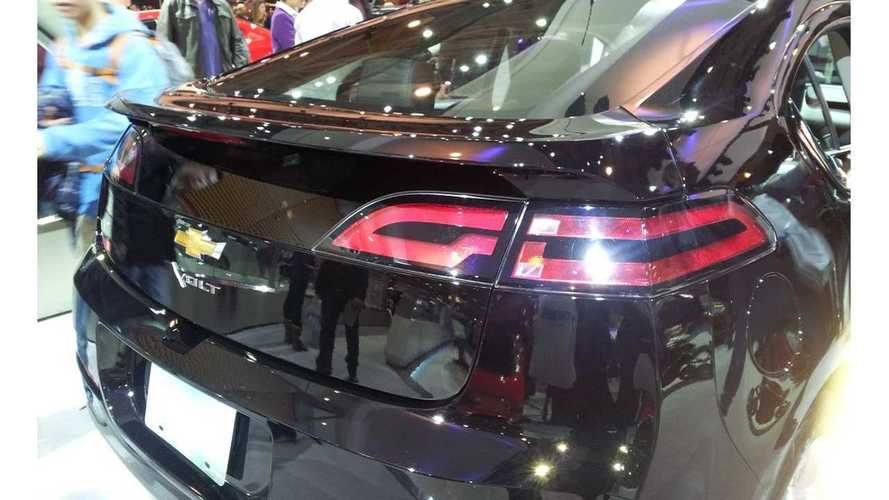 More Than 2,600 US Consumers Chose The Volt In June

During the month, a staggering 2,698 Volts were sold, an increase of more than a thousand from May (1,607).  A large part of this number can be attributed to a year-end deepening of discounts on the Volt, where purchasers of the 38 mile extended range car netted at least $4,000 off the MSRP.

June's deals from Chevy on the Volt:

It should also be noted that GM had a monstrous second half of sales last year, and sold 14,644 Volts (about 2,400 per month on average), so 'the General' still has its work cut out for them to stay ahead of the pace.

June was also the first month of the year were GM sold more cars than they built, aided by the fact that their Hamtramck facility was preparing to go into summer shutdown.

The plant resumes production on Monday, July 15th, and brings with it the new 2014 model year version of the Volt (all the details on that here), as well as the ability to also produce 2014 Cadillac ELRs which are scheduled to enter consumer production in the late fall.

The all-time high water mark for Chevrolet Volt sales  in the US came in October of 2012 when 2,961 cars were sold.