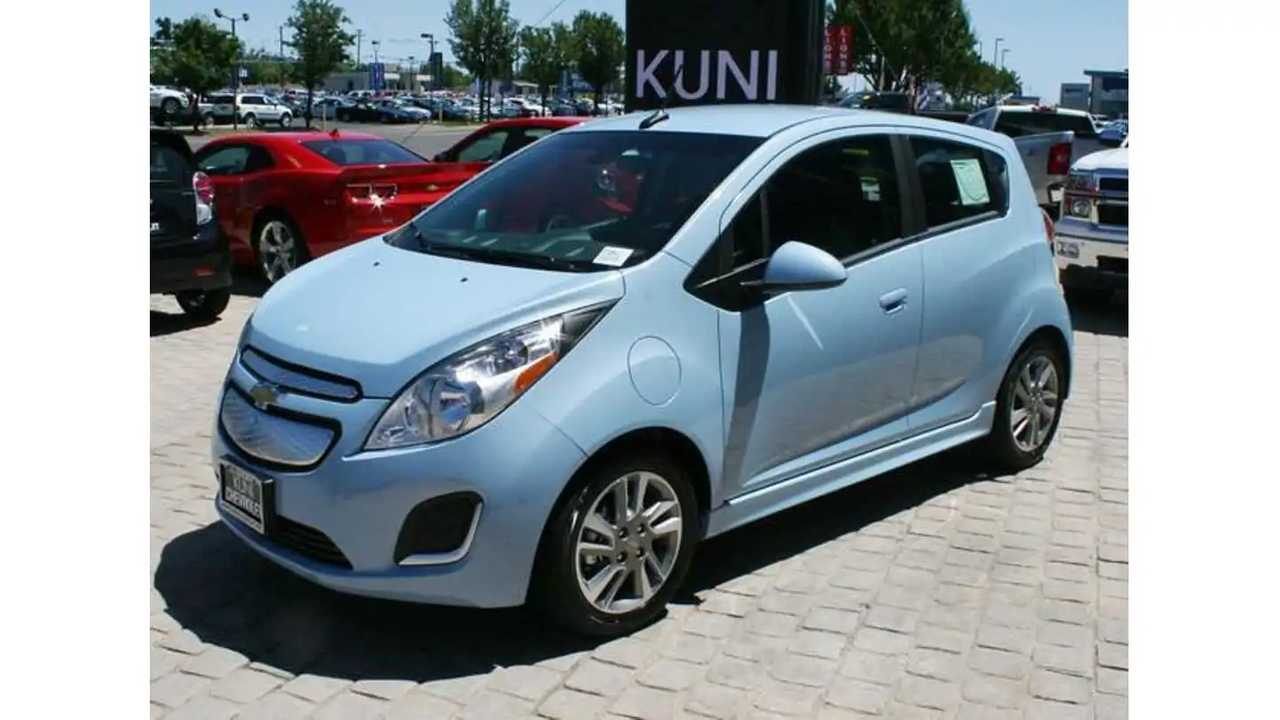 We spoke to Chevrolet Communications rep this morning and she noted that the first Chevrolet Spark EV was apparently sold June 19th.

In a very limited window, 27 in total were sold.   Which fairly impressive considering GM only managed to ship about 75-odd units to dealers before the month expired.

GM has already gotten some quotes on Spark EV ownership from earlier purchasers, and they seem to like it.

"the NO GAS commuter car"

"its just plain a blast to drive"

The new offering from Chevy follows the arrival of the Smart Electric Drive last month, which sold 60 in its debut month over more days

Because we enjoy obscure statistics, even those one of little-to-no value, here are the debut sales results of the 8 all-electric cars currently on sale in the US:

A "EV Badge" Only Seen In California And Oregon...At Least For Now

The Spark EV is currently available in both California and Oregon from $27,495.

The all-electric GM offering also boasts 82 miles of range, and a 119 MPGe combined rating from the EPA (128 city/109 highway)

Interested in the Spark EV?  We previously did a little comparison of the little Chevy's abilities and features with that of the next electric car to hit US shores (next month) in the Fiat 500e here.