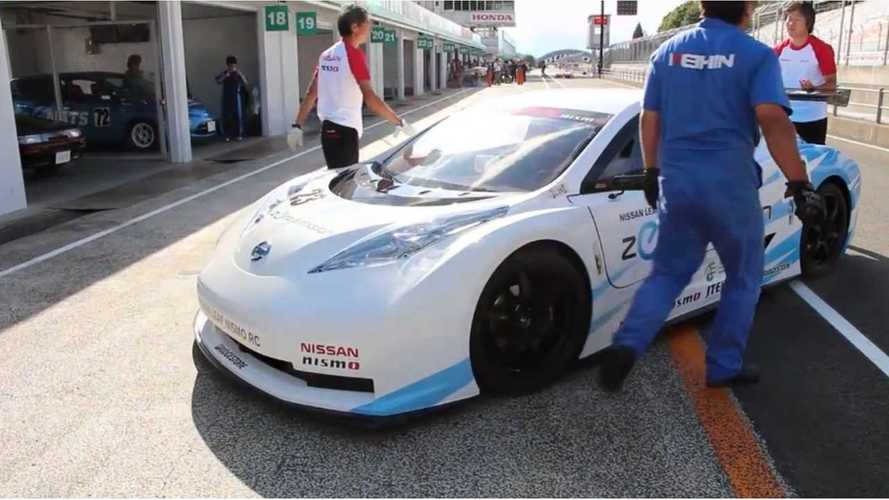 Nismo is the performance-oriented arm of Nissan.  It's responsible for vehicles like the Juke Nismo and 370Z Nismo.  Additionally, there are the Nismo performance upgrades for the Nissan LEAF and even the Nismo LEAF RC racer.

Mostly though, Nismo pumps up some of Nissan's gas-burners and focuses on motorsports.

On the other hand, Williams Advanced Engineering works on flywheel energy storage systems and manufacture batteries, which are mainly used in the racing environment.

So, when Nissan announced that Nismo would team with Williams Advanced Engineering for future performance road vehicles, we did some deep thinking.

Why would Nissan do this?  We're sure there are lots of answers to that question, but what popped into our heads was electrification.

Nismo really has no experience in electrification.  It simply tunes Nissan's LEAF to perform better on the track.  It's not like Nismo does a ground-up electric racer.

On the other hand, Williams Advanced Engineering does do electrification, but doesn't make vehicles.  That's why it teamed with Renault to develop the Formula E electric racers.  In that case, Williams will provide its battery system and additional electrification components, while Renault will make the actual racer.

We see the same sort of thing happening here with Nismo and Williams, but it'll be for production road vehicles.

Nissan doesn't directly say any of this, so it's just our well-educuated hunch.

Here's some of what Nissan says:

"Using their specialist expertise of aerodynamics, simulation and material science, Williams Advanced Engineering will join the engineering development team from Nismo currently working on developing future Nismo products for launch worldwide from 2014 and beyond."

"In February this year, Nismo kicked off the start of a new era in its development as a global performance brand with the official opening of a new global headquarters in Yokohama, Japan. Nissan is promising a rapid pace of introduction of even more Nismo models, at least one model every year during the Nissan Power88 period, encompassing the breadth of the Nissan road car range."

Then there's this bit about Williams Advanced Engineering for those who may not be familiar with the company:

"Williams Advanced Engineering is the division of Williams that takes cutting edge technology and know-how originally developed for Formula One and adapts it for a wide range of commercial applications."

"This includes the design and manufacture of high performance vehicles, the development of battery and flywheel energy storage systems, commercial applications of Williams' motorsport simulation technology, and engineering consulting and systems integration services. Based at the Williams factory in Grove, Oxfordshire and the Williams Technology Centre in Qatar, Williams Advanced Engineering brings the best of Formula One technology to the wider world."

Does our hunch seem logical?  Will we see some future electrified Nissans or Inifinitis tuned for some serious performance?  Will they be plug-ins?  We've got more questions than answers right now, but we'll get a feel for the path chosen by Nismo and Williams when that first production road vehicle hits the streets in 2014.