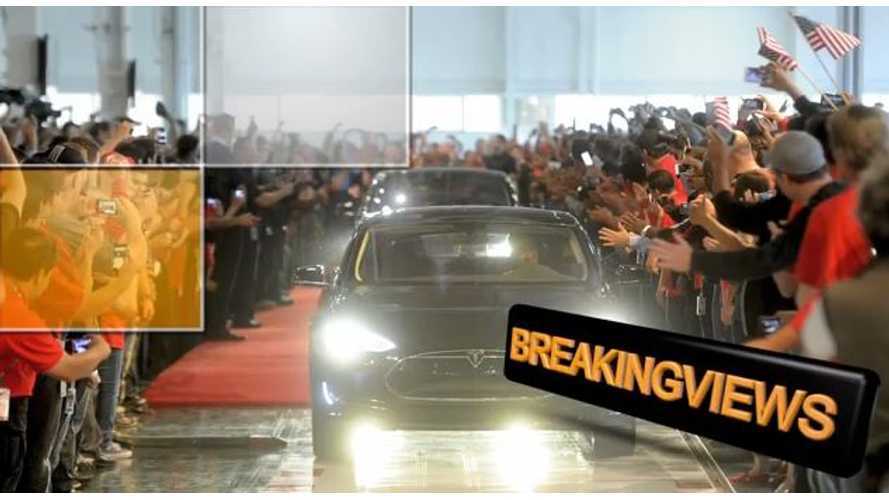 Why?  Well, it's not so much the electric vehicle aspect that garners the attention, but rather the free market discussion that stems from what Tesla Motors is trying to do here.

And yes, there's politics, too.

While we believe that Tesla should be allowed to operate in the way in which it currently does, there are arguments against direct sales, mostly from charged up automotive dealer's association across the US.

But, as we said, it's not just Tesla.  The thinking for some is that if Tesla can sell directly, then why wouldn't others follow?  There are several reason why some startup manufacturers might venture down the same path as Tesla, but for those that assume the major automakers would change over to direct sales, we say that's ludicrous.

In this here video, columnist Jeffrey Goldfarb talks to Breakingviews editors.  The discussion centers on Tesla's efforts to "overcome resistance to its sales model from politically powerful US auto dealers."

This direct sales arguments is only gonna heat up over time, so why not pocket several point of views on this hotly debated topic.