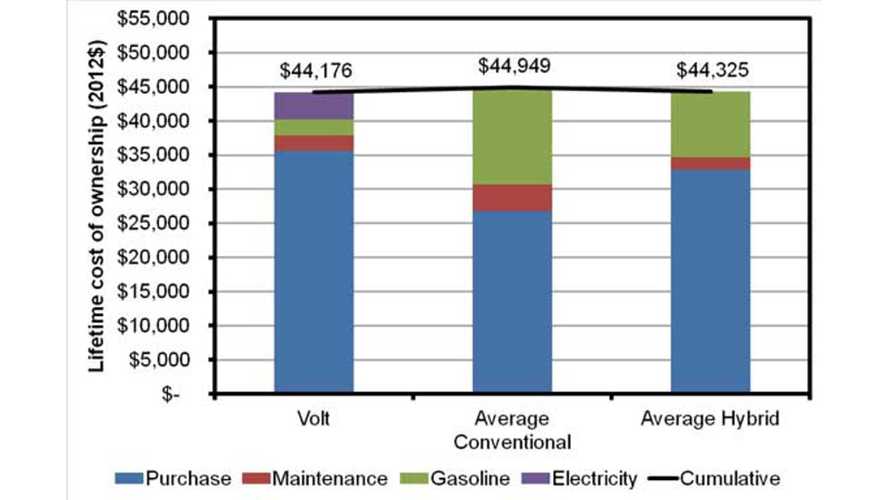 Electric-drive vehicles are cheaper to own than hybrids or the average conventional vehicle.

That's the case being presented in a recent analysis conducted by the Electric Power Research Institute (EPRI).

The study examined the lifetime cost of ownership for the Model Year 2013 Nissan LEAF and Chevy Volt.  The EPRI then compared those figures to the "average conventional" and "average hybrid" vehicles.

The results, as seen in the charts above and below, show that both the Volt and LEAF come out cheaper overall.

The Volt is just slightly cheaper in lifetime ownership costs than hybrids or conventionals, but the LEAF is substantially less than its non plug-in competition.

EPRI says that the biggest factors here were gasoline prices (estimated at $3.62 per gallon by EPRI for this study) and incentives (only the $7,500 federal incentive is included in the charts seen here).

There's a lot to glean from the charts and there's certainly some statistics to dispute, but we're rather confident in the EPRI's general suggestion that electric-drive vehicles are indeed cheaper over their lifetime than the average automobile.