Does Tesla Underrate the Acceleration of the Model S? (w/videos) 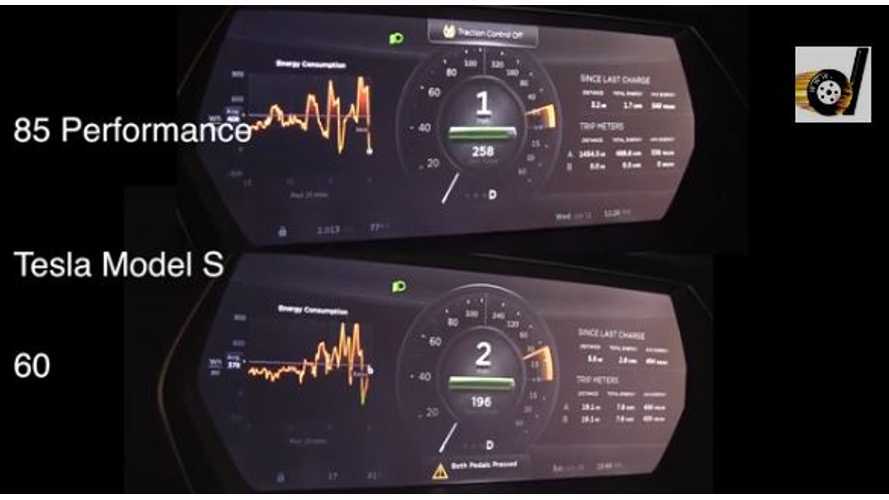 Digital Display of Acceleration of Different Versions of Model S

On several occasions now, DragTimes has pushed the Model S to the limit on the track.

And there is something more. DragTimes.com doesn't like the BROWN shade of this Tesla Model S

Now, DragTimes tested 60-kWh version and what was the result? Again, Tesla seems to be underrating its true performance:

"The Model S 60 was amazing consistent running 3 consecutive 0-60 MPH runs in just 5.1 seconds with 0-100 MPH coming in at 12.8 seconds and the 1/4 mile in 13.7 @ 102.8 MPH. This is significantly  quicker and faster than what Tesla quotes and actually beats Tesla’s numbers for the Tesla Model S 85 Non-Performance. View our world record run for the Model S Performance."

5.1 seconds is significantly quicker than the 5.9 seconds claimed by Tesla.

Below, you'll find interesting videos of the Model S 60 and Model S 60 vs the 85 Performance with a display of their digital dashes side-by-side.