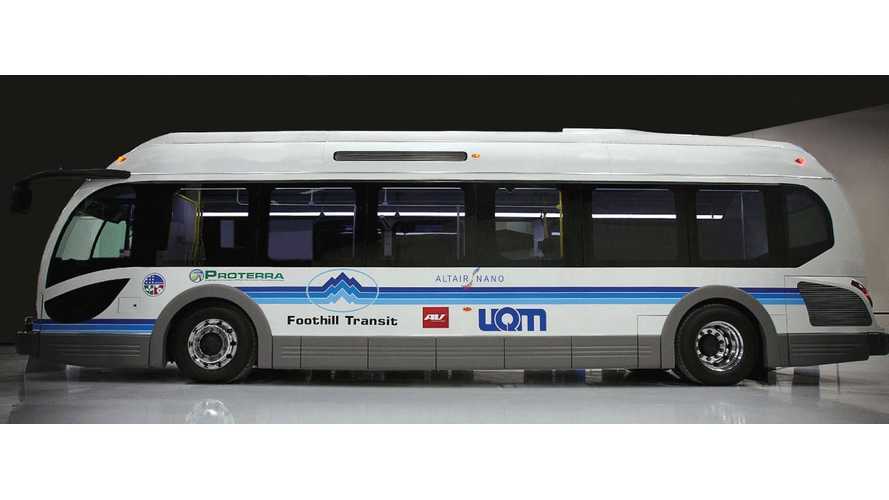 You probably know Altair Nanotechnologies, the small lithium-ion battery producer that several years ago developed lithium titanate chemistry that can be charged/discharged in less then 10 minutes.

Proterra is using it in EcoRide BE35 electric buses, and many others tried it - like Phoenix Motorcars (before it dissappeared), LightningGT (that, to date, never hit production) etc.

The problem is that this kind of battery is one of the most expensive to manufacture and has low energy density (making it better suited for storage energy systems). All other factors seems to be outstanding, with life of thousands of quick charge cycles.

"In April 2013, we began to decommission our nano lithium titanate manufacturing equipment in Reno in order to prepare it for shipment to Northern Altair in mid-May 2013."

The current battery market is flooded by overcapacity and this does not help battery manufacturers as several continue to report losses.

Lets look at some videos from better times, when Altairnano was hoping for a bright future in US.