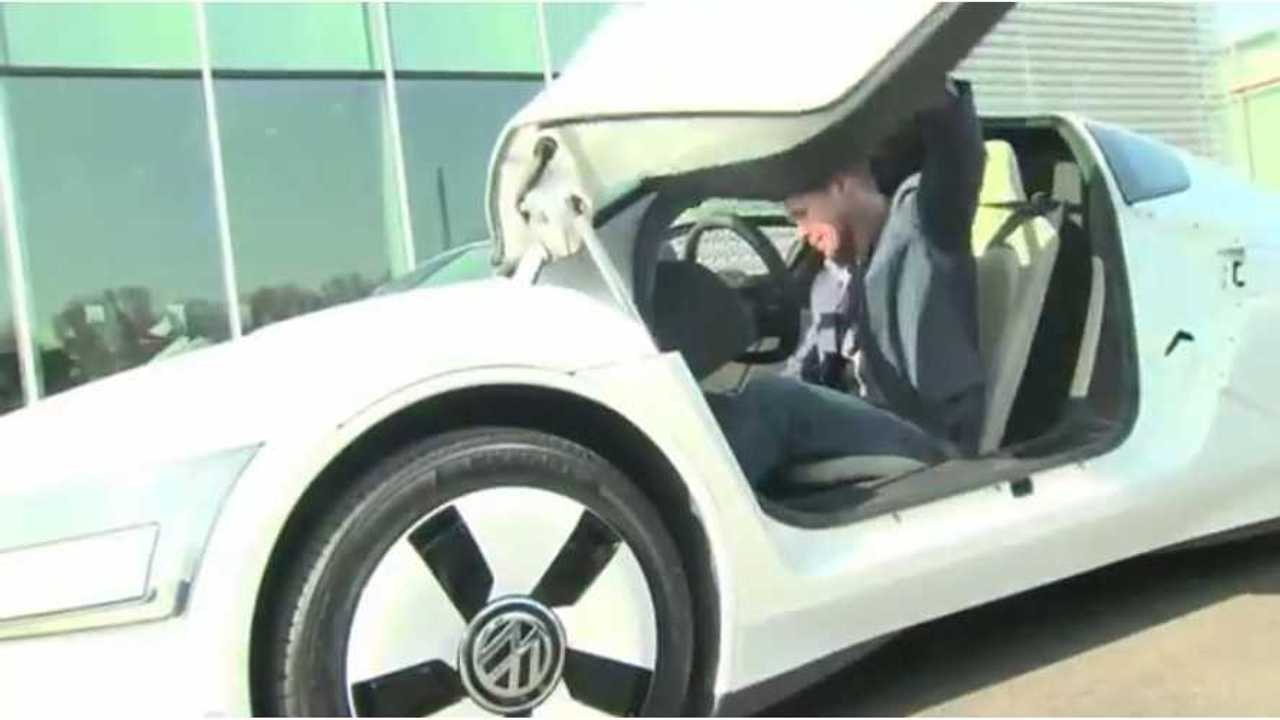 In announcing that it was celebrating its 60th year importing vehicles into the UK, Volkswagen says they will enter their uber-efficient XL1 into the Goodwood Hill Climb next month.  The UK event runs from July 10th to 14th.

"Taking pride of place on the Volkswagen stand, and also making its way up the famous hill climb, will be the XL1.  This super-innovative, ultra-frugal model looks like a vision of the future, but it is in fact already in limited production."

The VW XL1 was first seen at the Qatar Motor Show in 2011, and is now in a limited production run of 250 units...although VW has said they may build more if the demand is there for world's most efficient car.

"An advanced plug-in hybrid drivetrain and innovative packaging all play a part in allowing the XL1 to return 313 mpg (261 mpg US) on the combined cycle while emitting 24 g/km of CO2 to set a new benchmark for vehicle efficiency."

This efficiency is achieved via a compact 800 cc TDI two-cylinder common rail diesel engine that develops 48 hp and a electric motor that puts out 27 hp for a total of 75 hp.  Granted that does not sound like a lot, but given a curb weight of 795 kg (1,750lbs) it gets the job done.

More info on the Goodwood Festival of Speed can be found here.