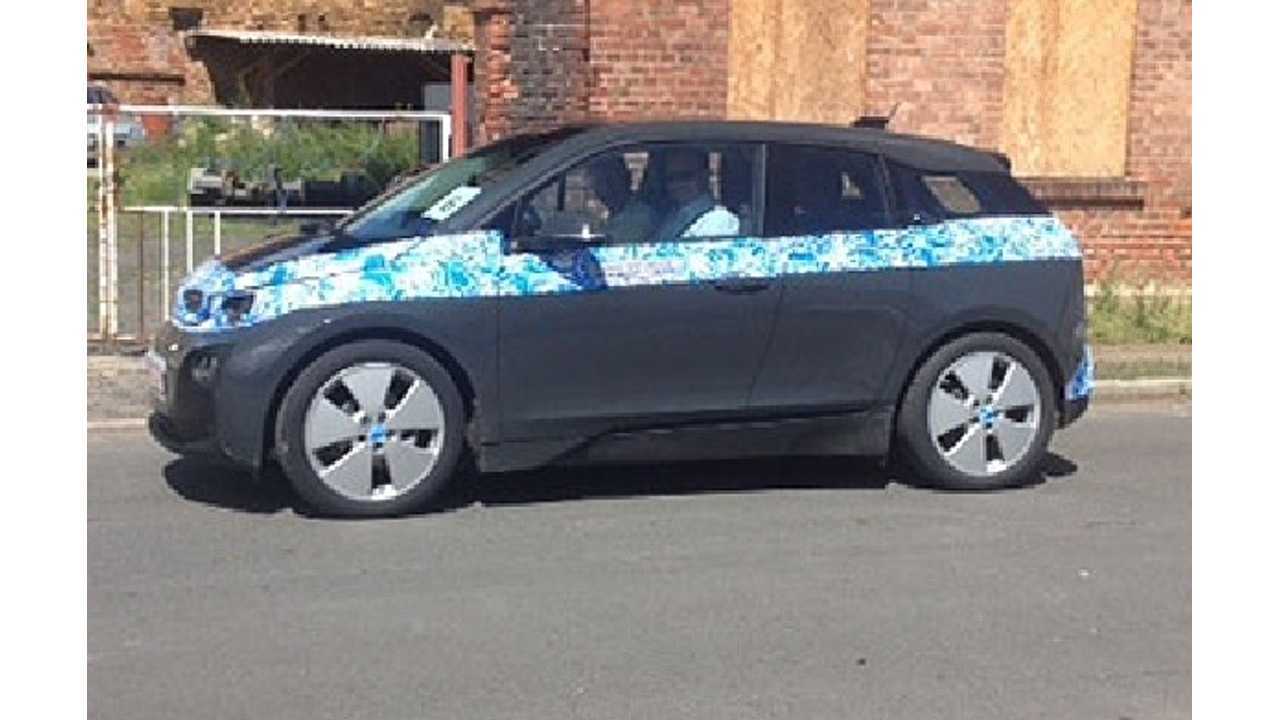 The BMW i3 Sheds Some Camo (Photo: Thomas Vacek)

Another Better Look At The i3 (Photo: Thomas Vacek)

A German auto mechanic in the town of Schkeuditzer, which is about 12 km north of Lepzig -  where the new BMW i3 is currently in pre-production, says he has seen his fair shake of i3 mules on the road.

Fortunately, he had a camera handy and caught some i3s testing with a lot less camouflage recently.

The i3's official debut will come in September in Frankfurt, with first deliveries happening in Europe in mid-November and the US to follow shortly thereafter.

The i3 has an all electric range of about 90 miles, which can be extended to around 200 miles with a range-extender option.  Estimated starting price-tag for the i3 is in the mid-$40,000 dollar range.

These new pics do beg the question, "Are you happy with what you are seeing so far from BMW with the i3?"