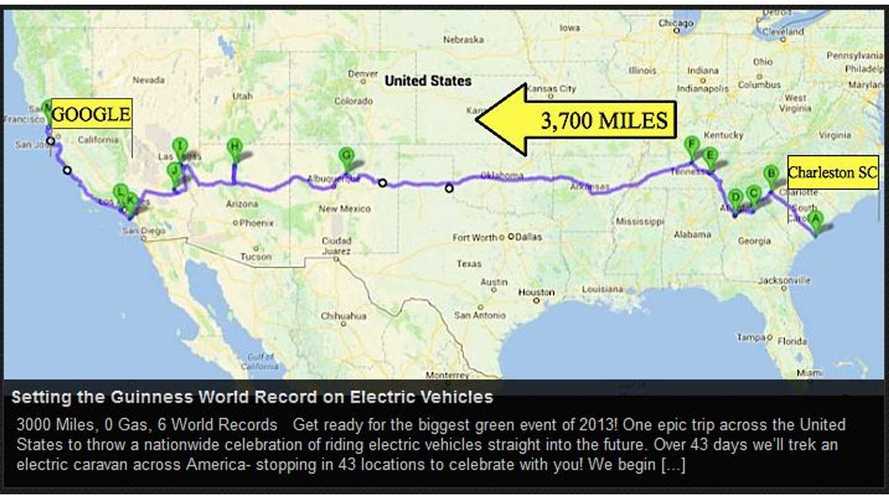 On July 4, the Ride the Future Tour (RTFT), a cross-country electric vehicle parade, will start its journey in Charleston, South Carolina.  On August 16, RTFT will complete its 3,000-mile tour by arriving at Google’s headquarters in Mountain View, California.

3 World Records? Thought it Was 6?

The 3,000-mile electric parade will feature the Nissan LEAF, a Zero Motorcycle, several  A2B e-bikes and a Xenon scooter.

The Zenon scooter (top speed of 30 mph) will be driven by RTFT founder Susan Jones.

To complete the epic 3,000-mile tour, the team will drive only four hours a day.  It'll take 44 charges to get there and the crew will make stops at several locations for overnight lodging.

If completed, at least 3 world records will go in the books, but it's not about that, says Jones.  It's about showing the world that zero-emission vehicles are capable of doing anything.