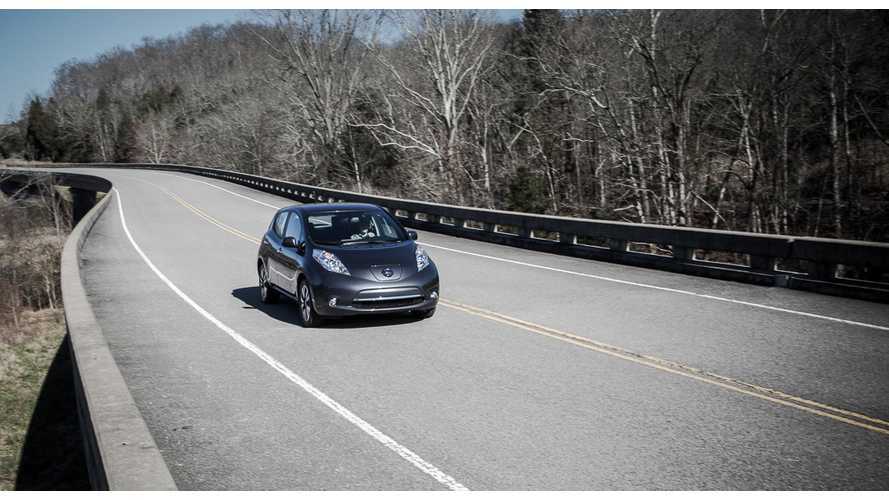 It's no joke that Nissan intends to push up LEAF sales in the US.

In recent months, sales of the LEAF averaged a roughly 2,000 units.  Nissan expects that figure to rise soon.

Where will the additional sales come from?

How about the East Coast region?

Nissan spokesperson Brendan Jones says that the LEAF has sold well in "sustainable markets" out West and adds that Atlanta is seeing a serious uptick in LEAF sales, but the focus for Nissan now is on the East Coast.

"Infrastructure on the East Coast tends to play more of a role.  Our plans focus on the east coast to drive that sales equation moving into fiscal year ’14."

This statement by Jones came shortly after NRG announced it would install 30 DC quick chargers in and around the Washington, D.C. area, so that's the tie to infrastructure that Jones is making here.

Lastly, Jones adds that LEAF sales are picking up in Virginia, too.  Again, probably due to more public chargers popping up in the state.