Plug-In Pic of the Day: Peugeot iOn is Half Its Original Size After Crash 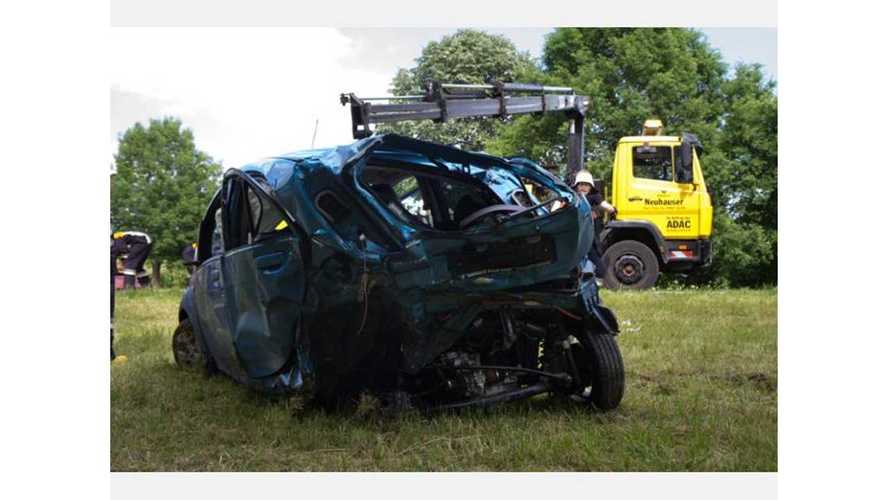 Information on this wreck isn't readily available to us, but thanks to one of our devoted readers, we're able to piece together a bit of this puzzling puzzle.

A Peugeot iOn was traveling on a two-lane road somewhere in Germany.  The driver of the iOn was attempting to turn into the parking lot of a golf course, but that was not accomplished, as the pint-sized Peugeot was strcuk from behind by what appears to be an Audi station wagon that was moving at a high rate of speed.

Both drivers were "seriously injured," say our devoted reader, who adds that one was "flown to hospital with rescue helicopter."  We can only hope that both survived the wreck.

The Audi doesn't appear too damaged, though we're sure it's beyond a repairable state.  On the other hand, the Peugeot iOn has all but vanished, as it now seems to be roughly half the size of when it departed the factory.

For more images of the crash scene, follow the link below.