Nissan Predicts LEAF Sales Will Soon Rise Above Current Average of 2,000 Units Per Month in US 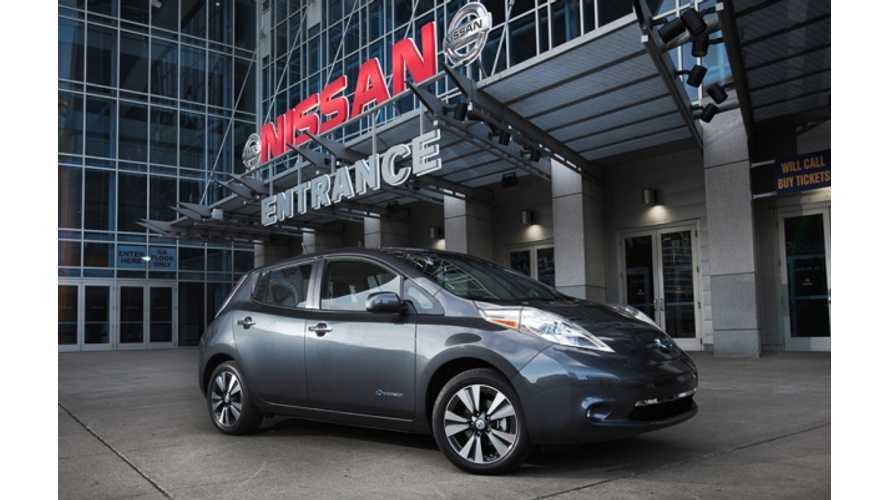 As depicted in the graphic to your right, Nissan LEAF sales have been close to 2,000 units per month in March, April and May.  Prior to that, LEAF sales were on the low side as Nissan was in a changeover stage as the automaker readied production in the US.

But now that Nissan has its Tennessee factory fully online, LEAF sales have steadied at around 2,000 units per month.  It won't stay that way for long though, as Brendan Jones, director of electric vehicle infrastructure strategy for Nissan North America, told Hybrid Cars that LEAF sales will soon shoot past that 2,000-ish unit average in the coming months.

Jones says there are some LEAF "hot spots" out there that are boosting sales.  Oddly, one of those "hot spots" now includes Atlanta, Georgia.  As Jones says:

"Atlanta is on fire."

The other "hot spots" are ones we've mentioned before, including San Francisco and Seattle, but Jones says sales in Atlanta took off due to state-level incentives, which we've outlined below:

Zero Emission Vehicle (ZEV): the lesser of 20% of the vehicle cost or $5,000 tax credit is allowed for the purchase or lease of a new zero emission vehicle provided the vehicle does not receive its electricity from an on-board combustion device.

Electric Vehicle Charger: the lesser of 10% of the vehicle cost or $2,500 tax credit is allowed for the purchase and installation of qualified electric vehicle charger. This tax credit applies only to business enterprises.

Nissan adds that it so far has installed 265 DC quick chargers in the US.  The automaker hopes to have 600 installed by the end of March 2014.