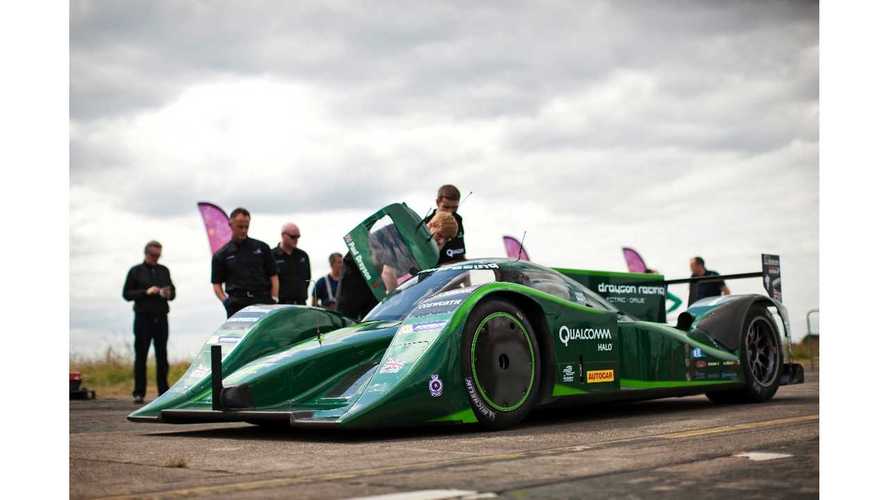 On June 25 at Elvington Airfield, Lord Drayson in the Drayson Racing Technologies electric B12 69 set the World Electric Land Speed Record with a speed of 204.185 mph (average from two runs in opposite direction within an hour) for electric vehicles with a weight of under 1000 kg (2,205 lbs).  This result is subject to final FIA confirmation.

The previous record in this class of 175 mph stood for nearly forty years.

The big thing is that record was set on relatively short track of only 2 miles.

"I'm delighted we've beaten the record tonight and can show the world EVs can be fast and reliable. Drayson Racing is a laboratory for EV technology, testing it to the most extreme level, as we've seen today."

"It is not the outright speed of 203mph that is most impressive about this record, but the engineering challenge of accelerating a 1000kg electric vehicle on a short runway over a measured mile. However I've got a great team and world-class partners, such as QualcommHalo, Michelin, Multimatic and Cosworth."

"This is a true celebration of Britain's leading position within the burgeoning electric vehicle industry and I'm delighted to be at the forefront of this electric revolution. We hope to set more records tomorrow. "

The team aim to set more records, such as the EV acceleration record, today June 26, so stay tuned.