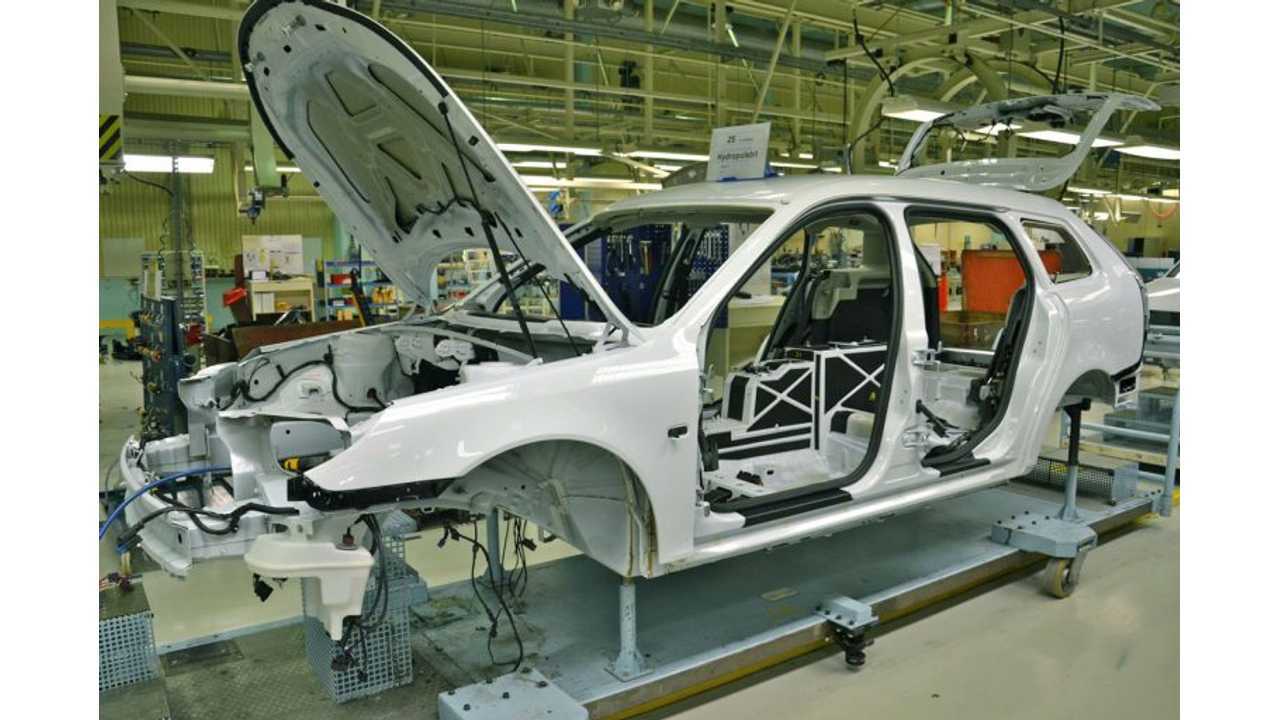 NEVs has put out the call for 27 assembly line workers for their Trollhattan plant in Sweden.

Why do we care?

Because NEVs, or National Electric Vehicle Sweden AB, bought out Saab Automobile's bankruptcy estate last September with the hopes of restarting the failed Swedish company's 9-3 production in Sweden, then (as the company's new name implies) they would begin building an all-electric sedan shortly thereafter.

Given Saab's somewhat checkered past (think GM's original sale of the brand to Spyker back in 2010), we are pleasantly surprised to see actual momentum returning to the Swedish brand.

"The first number is 27 - we are recruiting now," a NEVS spokesman told just-auto.  "Hopefully we are going into production later this year for the conventional 9-3 model that will be the first car."

That's the first step, but step two is what interests us most:

"It will be the same personnel producing and assembling the internal combustion engine and electric vehicles. The first electric vehicle we will launch next year will be built on the 9-3 model with some exterior and interior facelifts."

Looking For A 120 Mile EV? How About A Swedish Made Saab?

The Saab ePower, based on the 9-3 ePower was first debuted at the 2010 Paris Auto Show.  The EV is based on the 9-3 SportCombi wagon, and has a top speed of about 90 mph, and thanks to a 35.5 kWh lithium battery pack, has an all-electric range of about 120 miles.

These new additional 27 workers is not anything like the 3,000+ the company had on staff a decade ago, but it shows that NEVs is more than just talk, and that the 68 year-old Saab brand will live on for at least a little while longer.

So, if you are Swedish and want a job perhaps making that country's first electric vehicle, check out the new job offers at the NEVs/Saab site here.