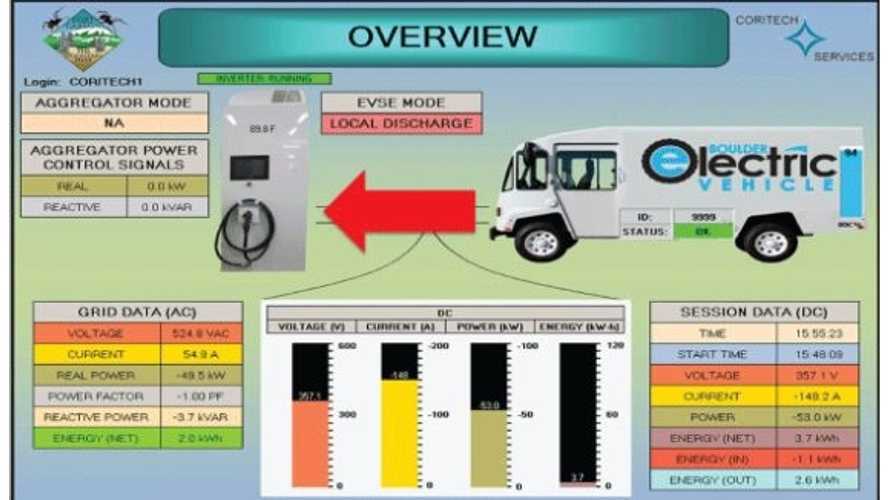 Vehicle-to-Grid technology is starting to catch on and, like most new technologies, V2G is making most of its debuts in the commercial industry.

Boulder Electric Vehicle, along with Coritech Services, claim to have become the first to demonstrate Vehicle-to-Grid (V2G) charging in an electric truck.

The system uses bi-directional DC quick charging and was demonstrated at the Alternative Clean Transportation (ACT) Expo in Washington DC.

Current demonstrations are at "charger rates of 150 amps during charge or discharge on the 360V nominal battery pack."

Carter Brown, Chief Executive Officer of Boulder Electric Vehicle, had this to say of the demo at the expo:

"The ACT Expo is the perfect forum of industry leaders to introduce Boulder Electric Vehicle’s proven V2G solution with Coritech Services.  We recognize the future importance of V2G in strengthening the value proposition of the Electric Vehicle, and we now offer a turnkey solution that is ready for immediate deployment."

At this stage, V2G is typically considered too expensive to implement into electric passenger vehicles, but on the commercial level, there's much to be gained from V2G, including reduced total ownership costs when the system is operated in such a way that fleets get paid for the juice sent to the grid.