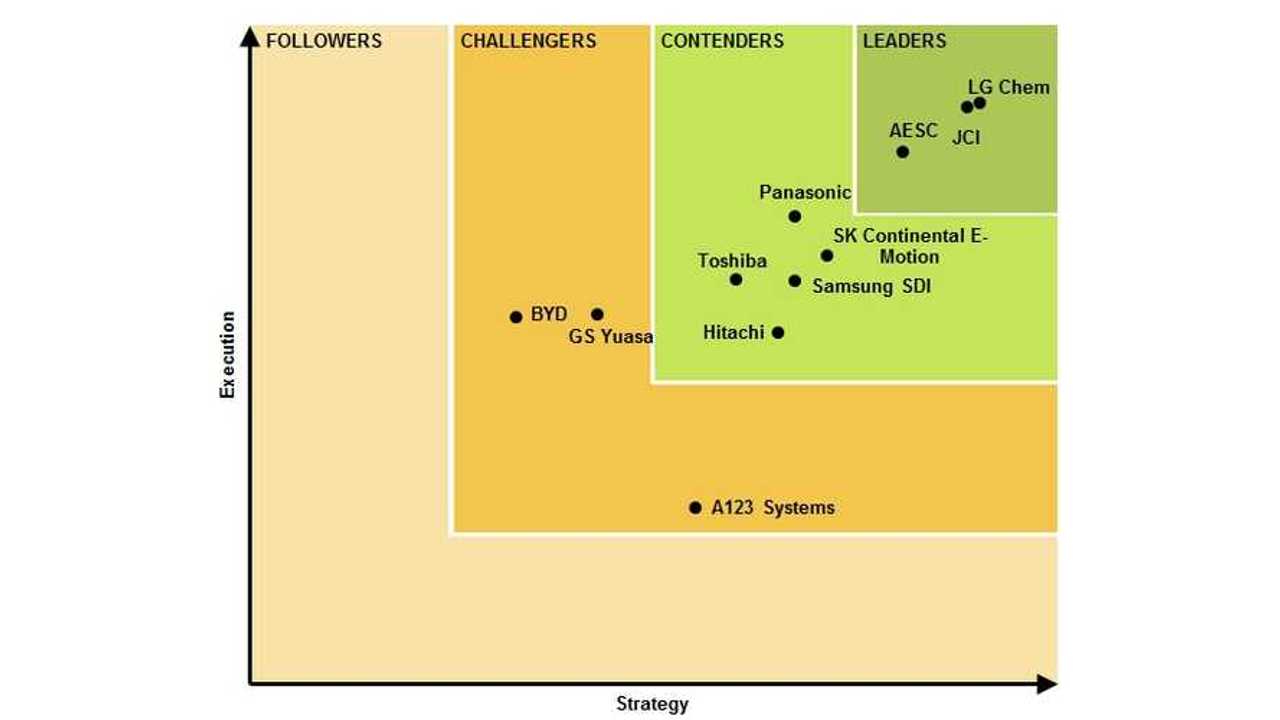 Trailing by just a bit were JCI and AESC.

LG Chem, JCI and AESC were the only "Leaders" listed by Navigant, as most manufacturers fell in the "Contenders" area.

"Some companies have built out their manufacturing capacity, yet have failed to garner large automotive contracts. Others have been more patient in constructing factories but are ready to make major strategic moves in that direction. Manufacturers that are able to reduce costs significantly while ensuring that safety and reliability standards are met will successfully tap into the world’s growing need for electric drivetrains. Most market players are jockeying for position in that future reality while trying to remain solvent today."

A123 Systems ranked the lowest overall and almost fell into the "Followers" category.

Navigant says the lithium-ion battery industry will produce 49 GWh of battery capacity for vehicles in 2020.  That figure is more than tenfold increase over projected production numbers for 2013.

How did Navigant determine where the various battery manufacturers would be placed in its report? Here's Navigant describing the criteria for placement: