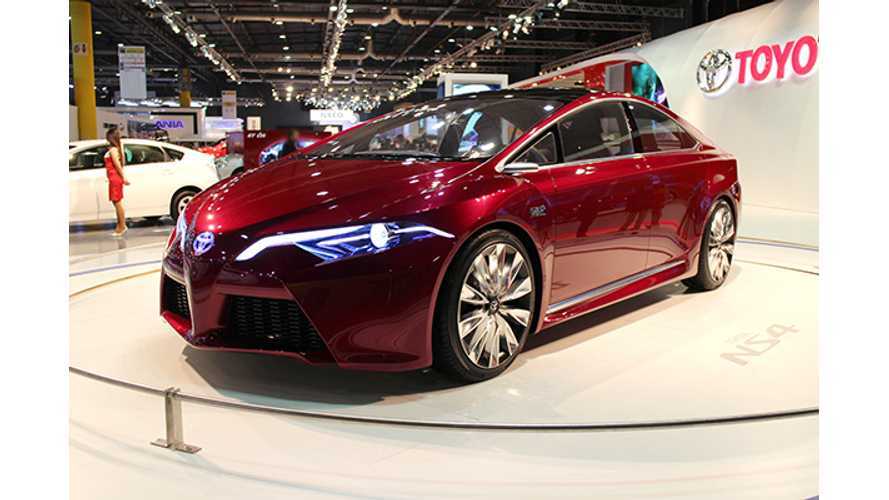 Put Into Production Or Not, The Toyota NS4 Plug-In Shows The Future Of Toyota Styling

Several years ago Toyota challenged their engineers to design a "new mid-sized concept for potential global market introduction by 2015," the result was the plug-in Toyota NS4.

That was January of 2012 at the North American International Auto Show.

Since then we have heard (or seen) little about the the attractive 'future tech' Toyota.  That is until the 6th Annual Buenos Aires International Motor Show got underway last week.

Toyota has dusted off the the NS4, gave it some center stage time and put out a new extended promotional video; which could foreshadow the introduction of a model based on this concept.

Toyota says the car does "signal a new styling direction for the Toyota brand aimed at creating an emotional connection with consumers."