Renault COO: Plug-In Hybrids Good For SUVs And The Rich, But EVs Are For Daily Use 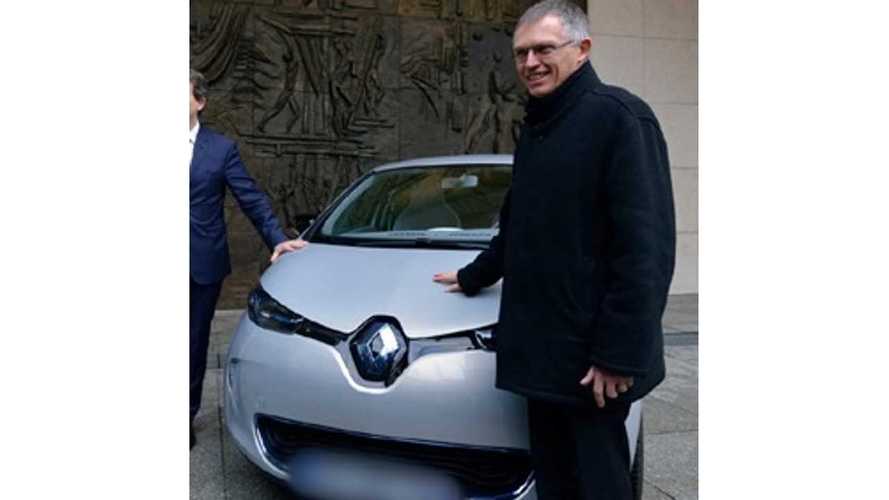 Chief Operating Officer of Renault, Carlos Tavares believes in a plug-in future for the French company:

“We are the leaders in EV sales and we intend to stay so.  We are the only manufacturer with four EV models. Our European market share as an automotive company, including Renault and Dacia, is nine per cent, but our share of the zero-emissions vehicles market is 51 per cent.”

However, something he is unsure of is whether or not plug-in hybrids (such as the Toyota Plug-In Prius,and Ford C-Max Energi) can really compete in the daily driver segment of the car business.

"There is nothing wrong with plug-in hybrids, except for the fact that if you look at the bill of materials for them, it is quite obvious that the cost of a plug-in hybrid is much more than a single-energy powertrain.  The fact that you have an internal combustion engine coupled with an electric vehicle powertrain gives you the kind of autonomy you would like from your D-segment family car."

Just for those readers not currently residing in Europe, the "D-segment" family car is the 4th notch up the ladder of sizing for passenger vehicles in Europe.  It is basically a mid-size/mid-size luxury for North America - think VW Passat or Mercedes C Class offerings;  it is also one level higher than the Chevrolet Volt.

"That’s why this story is becoming a very polarised one. High-end flagship vehicles and SUVS are going for plug-in hybrids, whereas the commuting cars are moving to pure EV because you need to keep the price competitive."

The Renault COO says he actually has no problems with the concept of the plug-in hybrid himself, and he doesn't rule out eventually building one, but only if the model fits in with customers expectations...and their wallets.

“This (plug-in hybrids two powertrain set-up) is going to have an impact on pricing. For the high-end the price is perhaps not going to be a big deal, but certainly you are not going to see plug-in hybrid (tech) in compact cars...I have nothing negative against that technology, but I will only do things that make sense and are profitable for the company.”

Indeed, we are seeing a constant downward pressure on the price of plug-in vehicles in general, but is Mr. Tavares right with his conclusion?

Will the future of plug-in hybrid's success eventually only be found in higher priced flagships and sport utility vehicles like the upcoming BMW i3 (coming in late 2013) and Mitsubishi Outlander PHEV  (coming in January 2014)?

As for Renault themselves, they see pure EV sales doubling in 2013 to around 36,000 units.