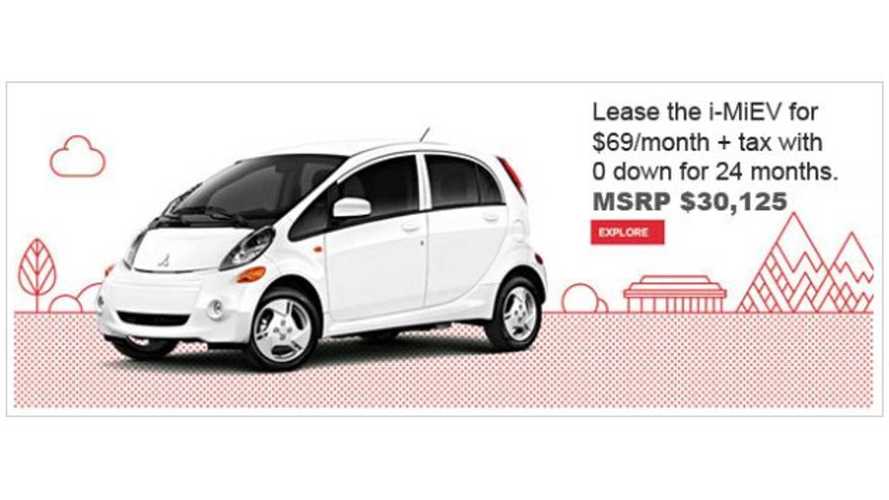 Bloomington-Normal Illinois Home to Highest Percentage of Mitsubishi i-MiEVs in US product 2013-07-03 10:57:48 https://insideevs.com/news/318227/bloomington-normal-illinois-home-to-highest-percentage-of-mitsubishi-i-mievs-in-us/ Mitsubishi General, illinois
Jul 03, 2013 at 6:57am
++Share

By: Eric Loveday
On the nationwide level, the Mitsubishi i-MiEV is not a great seller (882 through June), but there's one spot in America where the i-MiEV is king.

Commonly referred to as the Twin Cities, Bloomington-Normal, Illinois is home to hundreds (200-plus) of i-MiEVs and even some Nissan LEAFs.

In fact, one dealer in the area reports selling 178 Mitsubishi i-MiEVs since the electric first launched.  With the amount of i-MiEVs sold, Bloomington-Normal lays claim to the highest number of i-MiEVs in the nation based on population.

Why is Bloomington-Normal buying all the i-MiEVs?  The answer is rather simple: free public charging stations (oh, and cheap leases too).

The Bloomington-Normal area is home to 55 public chargers, all of which are currently free to use.  And charging stations are essential with the i-MiEV due to its limited range (62 miles).

The so-called EV Task Force of Bloomington-Normal targets having at least 1,000 electric vehicles there by the end of 2014.  It's well short of that mark now, but we think it's still quite remarkable that two small communities in central Illinois show such a strong interest in electric vehicles.