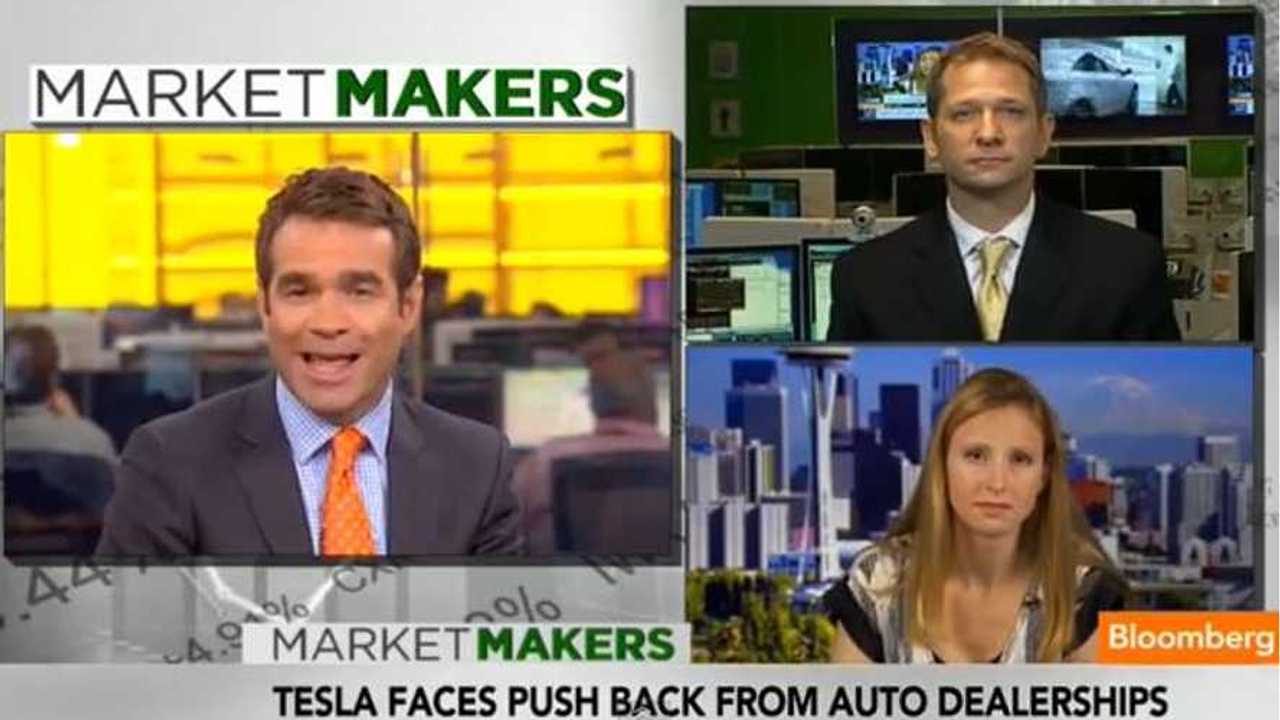 Tesla's dealership battle in several states is not coming to an end anytime soon.

Yes, Tesla has won a few of the battles.

The automaker has lost a couple, too.

But, we now cover these Tesla versus "fill in the blank state" on such a regular basis that it's oh so obvious this isn't an issue that will simply go away.

Tesla will almost surely have to escalate this to the federal level at some point in time, but before that happens, we guarantee other states will join the "not gonna let Tesla sell here" bandwagon.

This here Bloomberg video is mostly a recap of what's been going on in this Tesla vs. dealership associations dispute, but there's some interesting insight you'll hear, as well as an outlook on what to expect in the battle that still lies ahead.

It's a battle that Tesla can't afford to lose.  And it's possibly even the biggest hurdle Tesla will ever face.

Who will come out on top?