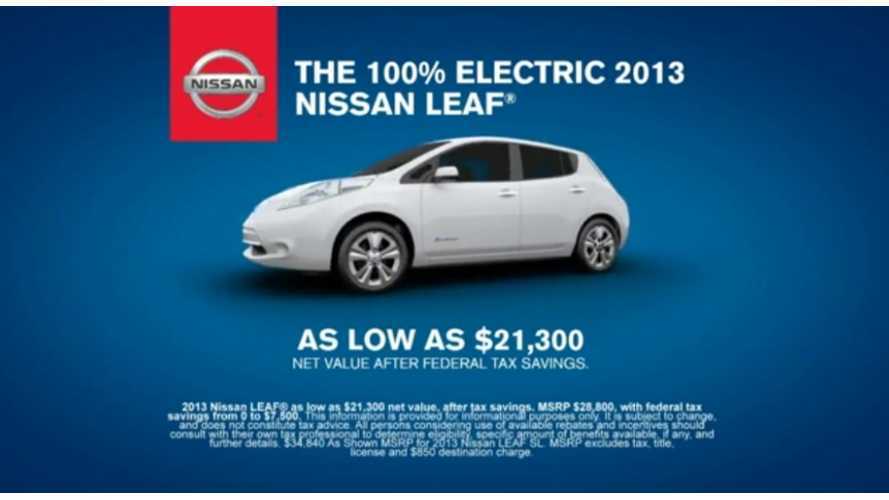 It's no secret that there are some smoking hot lease deals out there for electric vehicles.  In fact, $199 per month seems to be the target right now, but is there any evidence out there that proves these lease specials work?

Experian Automotive, the data research arm of the auto finance company, reports that 93% of those who obtained an electric vehicle in the fourth quarter of 2012 leased it rather than bought or financed it.

Surely there are more reasons, aside from just reduced monthly payments, to explain why leasing was the dominant choice.  There's that "this is new, unproven technology" theory and even the "battery technology will evolve so quickly that I don't want to be locked in" approach that sways some towards leasing.  Experian Automotive even suggests that the reason for leasing has to do with that $7,500 tax credit and what it does to residual values.

Whatever the reasons may be, that 93% was not what we we're expecting.

This does mean that soon there will be a ton of just-off-lease electric vehicles flooding the used auto market.  But with the ever-advancing EV technology, would a lightly used, three-year-old electric even appeal to you?  If so, at what price?