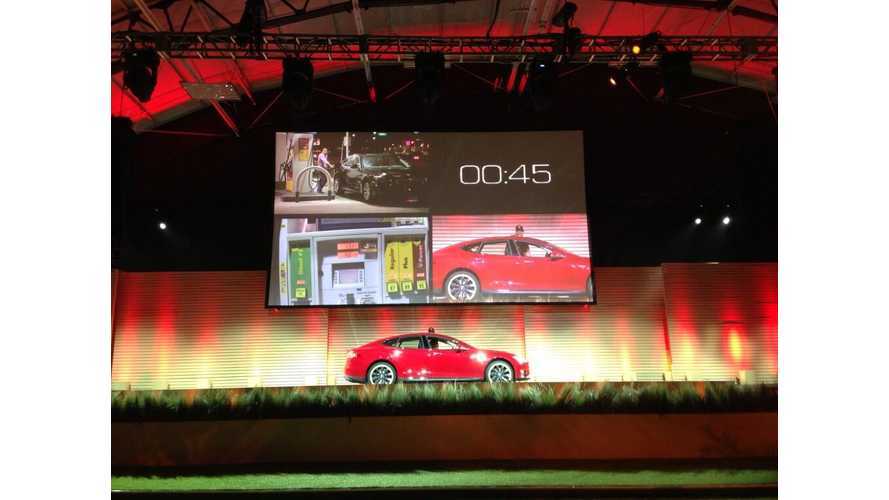 In an interview with Reuters, Tesla CEO Elon Musk revealed some additional details on battery swapping ahead of the automaker's live demonstration scheduled for late tonight.

As we all know by now, Tesla will live demo the Model S battery swapping capabilities in California tonight.  That demo will show us exactly how Musk and Tesla intend to perform the thought-to-be impossible.

This is Not the Right Mechanical Device, According to Musk

Musk says Tesla will invest somewhere between $50 mill to $100 million to establish a nationwide network of swapping stations.  This network will be capable of swapping the Model S' battery packs in less than five minutes.

Is This the Right Mechanical Device?

" Shai was very good at marketing but not so good at technology, so he didn't quite get it right on the pack swap thing.  As long as you have the right mechanical device you can do a battery pack swap."

So, Tesla has found the right mechanical device, it seems.  That device will first be installed in "high-traffic corridors between Los Angeles and San Francisco as well in the Washington-New York-Boston region," says Reuters.

Larry Dominique, president of auto consulting firm ALG, says "The challenge is going to be infrastructure," which it certainly will be.  That's why we're thinking Tesla will install the "swappers" at current Supercharger locations, where much of the infrastructure is already in place.

Check out the entire interview with Musk in the video below.  There's more than just talk of battery swap, that's for sure.