Electric Vehicle Industry to Grow to $294 Billion Business by 2023; Sales to Hit 116 Million 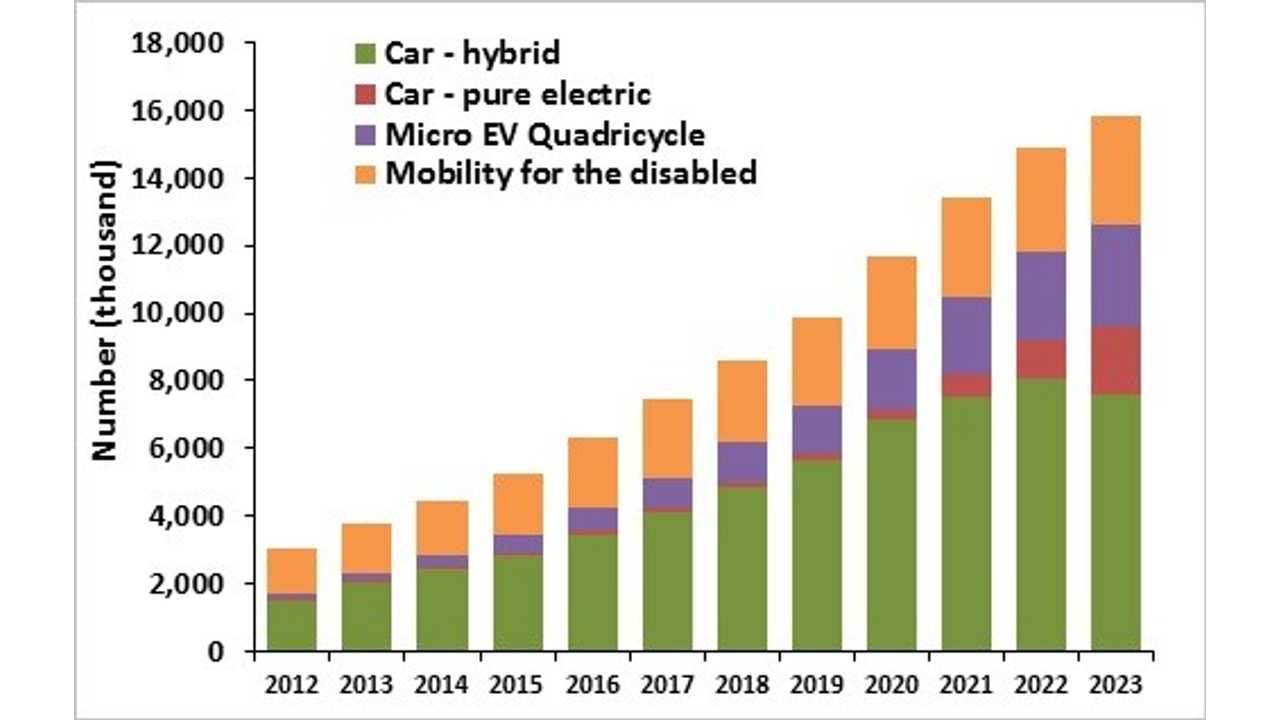 The electric vehicle industry will be big business by 2023, so says IDTechEx.

This is Illegal in NYC, But is Primary Means of Travel for Tons of People in China

The report from IDTechEx "Hybrid & Pure Electric Vehicles for Land, Water & Air 2013-2023: Forecasts, Technologies, Players"further says that sales of pure electric vehicles will number 70,000 units in 2013 and rise to 2 million by 2023.

Automobiles are the "largest value sector" in the electric vehicle market, says IDTechEX, but autos will only account for 8% of the total number of electric vehicles manufactured in 2023.

The highest sellers in the EV segment will be e-bikes (electric bicycles), which IDTechEx says already sell at 30 million units per year, mostly in China, India and other parts of Asia.