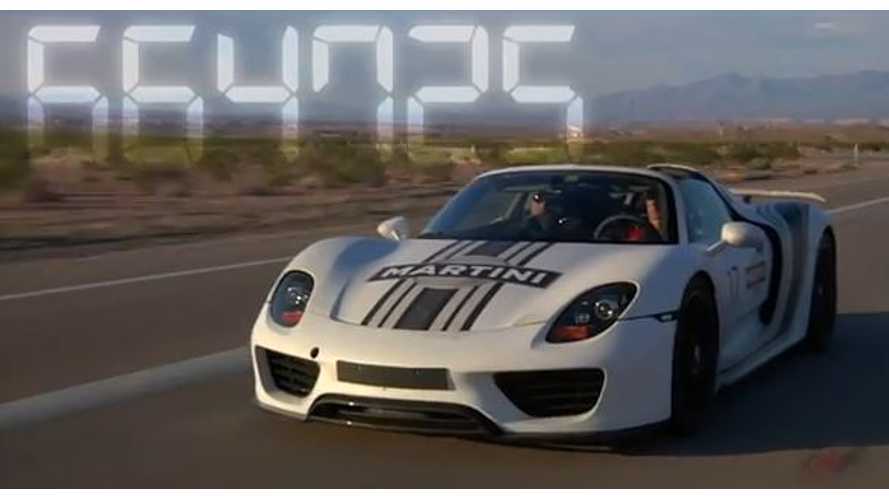 "Porsche engineers continue to test the 918 Spyder around the world. In the final months of shakedown tests, the 918 Spyder makes an appearance in the Valley of Fire outside of Las Vegas Nevada, soon approaching 1 million miles tested on the prototype vehicles."

That's what Porsche says of the 918 testing out in Nevada.

Here's a bullet list of what this plug-in promises: Looking for a rundown of the full specs of the 918 Spyder?  Look no further than below.