Did You Know There's a Community in the US Where Chevy Volts Are Everywhere? Meet the Pecan Street Project 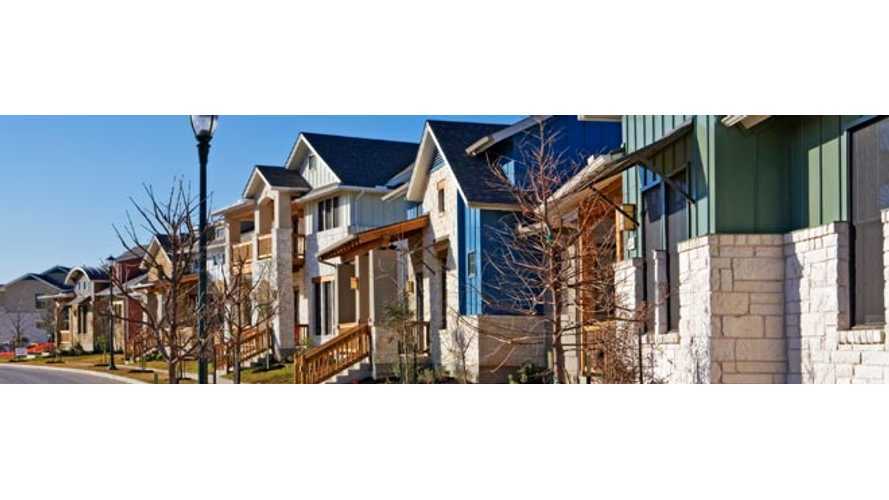 Did You Know There's a Community in the US Where Chevy Volts Are Everywhere? Meet the Pecan Street Project product 2013-06-19 20:03:03 https://insideevs.com/news/318190/did-you-know-theres-a-community-in-the-us-where-chevy-volts-are-everywhere-meet-the-pecan-street-pr/ Chevrolet General, Charging
Jun 19, 2013 at 4:03pm
++Share

Where in the US do you think there's nearly 60 Chevy Volt owners in one single community?  Somewhere in a trendy area of California?  Maybe in Seattle?  Perhaps in some quaint town in Hawaii?

Tons of Chevy Volts Can be Found on Pecan Street

The answer is none of the above.

As it turns out, there's a community in the Austin, Texas area where electric vehicles are so commonplace that you'd be shocked.

In a neighborhood known as Mueller, some 60 Chevy Volts (as well as some other EVs) can be found.

Why in Mueller?  Well, there's something going on there called the Pecan Street Project and electric vehicles are an essential part of this pilot demonstration.

It's believed that Mueller now holds the largest concentrated community of electric vehicle owners in the world and those vehicles were bought on the cheap.  Mueller, under the Pecan Street Project and with backing from General Motors, matched the federal government's $7,500 incentive for EVs.

The idea is to see how all of these electric vehicles grouped together will impact the grid.  It's believed that such a dense cluster of electric vehicles might strain the grid, so they're testing a "demand response" system, which Paul Pebbles, GM's global manager of Electric Vehicle and Smart Grid Services, says could drop the amount of juice sent to a vehicle from 3.3 kilowatts to 1.2 kW or even less during peak-demand times.

The idea is to still fully charge a vehicle by the time that an owner requires it to be so, but to do it with the least amount of disruption to the grid.  The system works through OnStar (with some additional equipment required at this time).  This is not a two-way system, meaning electricity is not sent back to the grid.  This, says GM, would put too much unnecessary stress on a battery.

The end goal here is to provide EVs owner with what they need (a fully charged vehicle) at a reasonable cost (utility discount for enabling off-peak charging), while at the same time lessening the impact on the grid (no peak-demand charging).

This is really what we all desire, so we're glad to see that GM, along with the Pecan Street Project organizers, are demoing this system, which at some point in the future we could all benefit from.