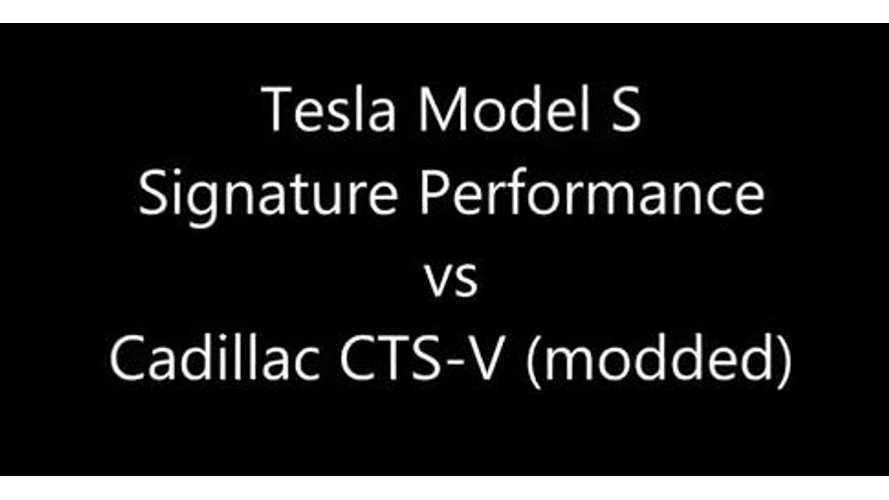 We've seen the Tesla Model S smoke a Dodge Viper at the strip.

Which Vehicle's Time is Highlighted in Yellow???

Even witnessed a Model S rightfully crush a Chevy Volt.

But has the Model S met it match in a highly modified 2009 Cadillac CTS-V?

Here are the race specifics: