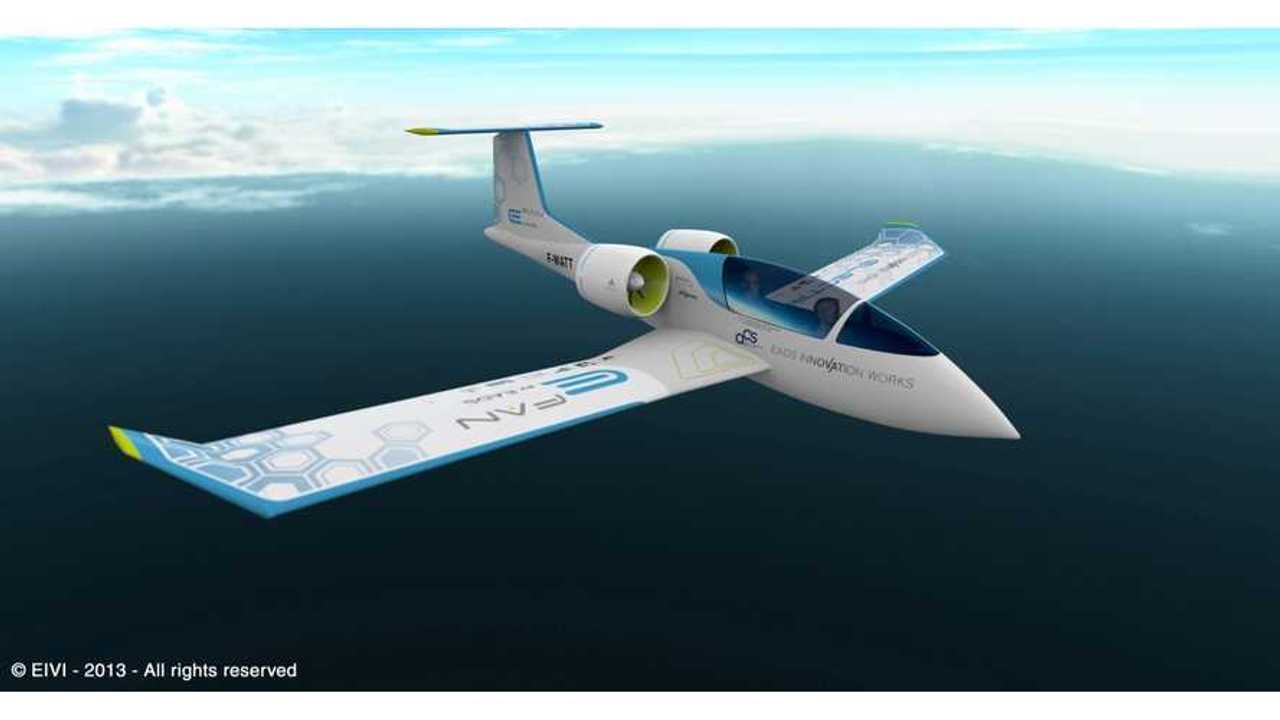 This two-seat training aircraft, which can also be used to tow gliders and for aerobatics, was designed in collaboration with Aero Composites Saintonge (ACS).

The project was financed by the French taxpayers - mainly by the Direction Générale de l'Aviation Civile (DGAC) and local regional government institutions in southwest France.

The E-Fan is made almost entirely of composite materials, has a length of 6.7 meters and a wingspan of 9.5 m. Max. take-off weight is 550 kg.

E-Fan's take-off speed is 68 mph. Cruise speed is about 100 mph and maximum speed is over 137 mph. Propulsion consists of two electric motors with combined power of 60 kW.

An interesting concept is the use of an additional rear-wheel drive, which, at 6 kW, allows E-Fan to taxi on the ground without the main motors and provides acceleration during take-off up to a speed of 38 mph.

On board, E-Fan has two lithium-polymer battery packs weighing 65 kg each. 120 Kokam cells with a capacity of 40 Ah and a nominal voltage of about 4 V store about 19.2 kWh of energy. Nominal voltage is 250 V.

According to the EADS, E-Fan is able to stay in flight for 45-60 minutes during training and 30 minutes during aerobatics. Fast charging takes one hour, but a depleted pack can be swaped out and replaced by a fresh one much quicker.

In the future, a new battery pack with a higher energy should extend range by about 50% to 90 minutes.

But wait, it seems this is not all:

"The Group has not only developed and built an electric general aviation training aircraft in cooperation with Aero Composites Saintonge (ACS), called E-Fan but EADS has also engineered together with Diamond Aircraft and Siemens an updated hybrid electric motor glider, the Diamond Aircraft DA36 E-Star 2. EADS has also cooperated with Rolls-Royce on a smarter future distributed propulsion system concept. These three projects are known as ‘E-aircraft’ projects."