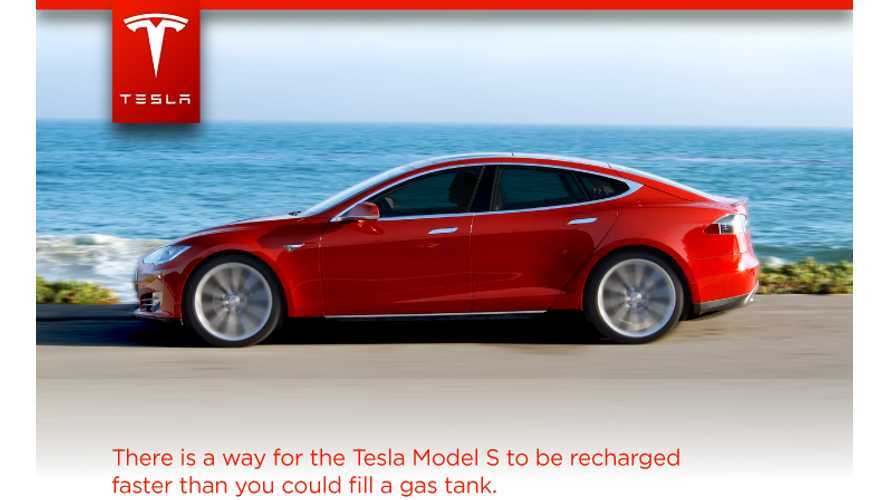 Battery Swap Demo to be Performed Live on Thursday Evening

And we'll see precisely what's meant by this on Thursday evening when Tesla performs a "live pack swap demo" at it design studio in Hawthorne, California at 8 pm "California time."

This now leads us to believe that when Tesla slipped that image of the Model S out, (the one with the file name: battswap-hero_732_448.png) we were indeed on to something that most of the rest of the world had missed.

Could it be that the the way for the Tesla Model S to be "recharged throughout the country faster than you could fill a gas tank" is by battery swapping?  It sure seem that's the case.