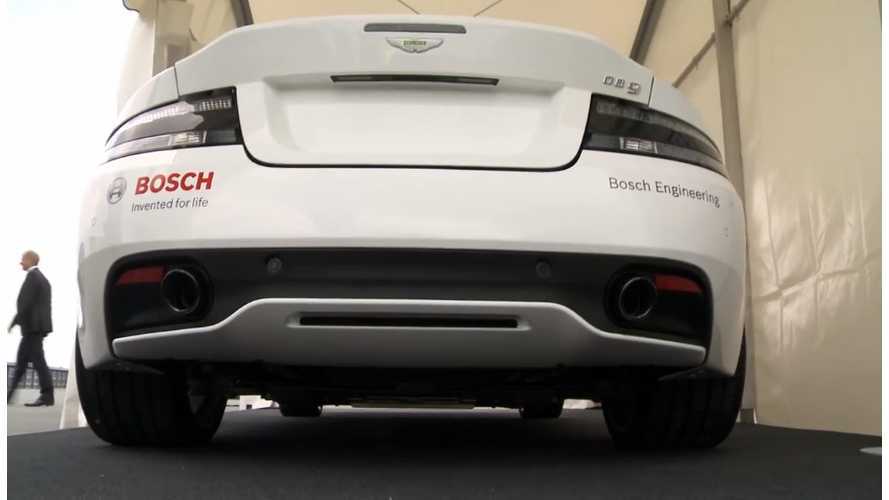 Aston Martin, along with Bosch Engineering have pulled the wraps of a plug-in hybrid version of the British auto-maker’s DB9 super car.

So, what does hybridizing Aston Martin's 510 hp - 15 MPG, two door sport coupe do for you?

Uniquely, this pair of electric traction motors are fitted to the front wheels, while the traditional engine powers the back; meaning if you always wanted a four-wheel drive Aston Martin (why?), this would be your only choice.  The car's lithium batteries are housed in the back as well.

NO! The Dreaded Protoype Name-Badge

Sadly, this is a classic 'one and done offering' (unless a Saudi Prince really, really likes it), as Aston Martin dropped off a copy of the DB9 to Bosch in November of last year, and this is that engineering team's creation.

As for what the new eMPG of the car is...no one really seems to care enough to throw out any numbers - however, the car is to 'officially' be released later this year, and more specs on persnickety things like fuel efficiency and top speed should be available then.

Aston Martin DB9 Plug-In Gallery: (below that is video footage from the DB9's reveal)