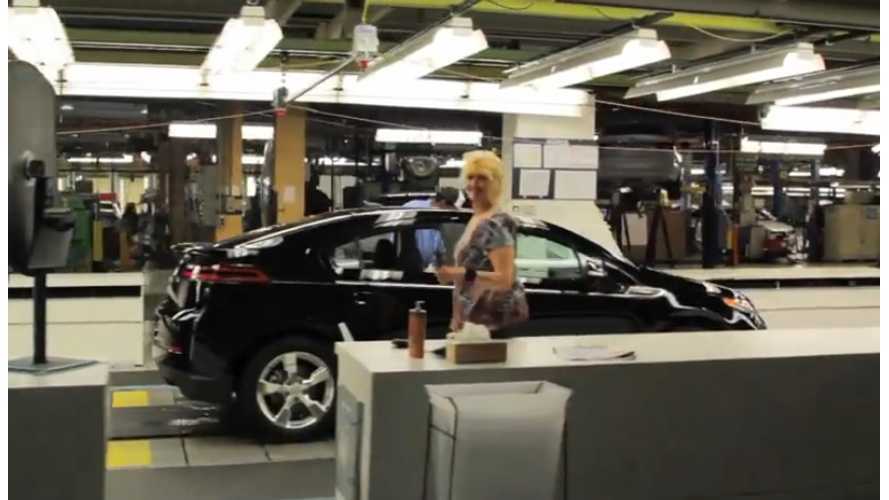 General Motor's has put out a little promotional video of 2013 Chevrolet Volt production at their Hamtramck Assembly facility in Michigan.

This is also the first time we have gotten a chance to see the new 2014 Chevrolet Impala also being produced off the same line.  In its release of the video GM also notes a curious new entry to "current" production, as well as an interesting model year listing for the Opel Ampera (the Volt's sister car):

"DHAM is among the most environmentally friendly assembly plants in the industry and is currently producing the Chevrolet Volt, 2012 Opel Ampera, 2013 Chevrolet Malibu, 2014 Chevrolet Impala and the 2014 Cadillac ELR."

We enjoyed the video, but would still prefer a little less "talking and customer reaction" and a little more assembly footage...preferably more of the Cadillac ELR would be nice.