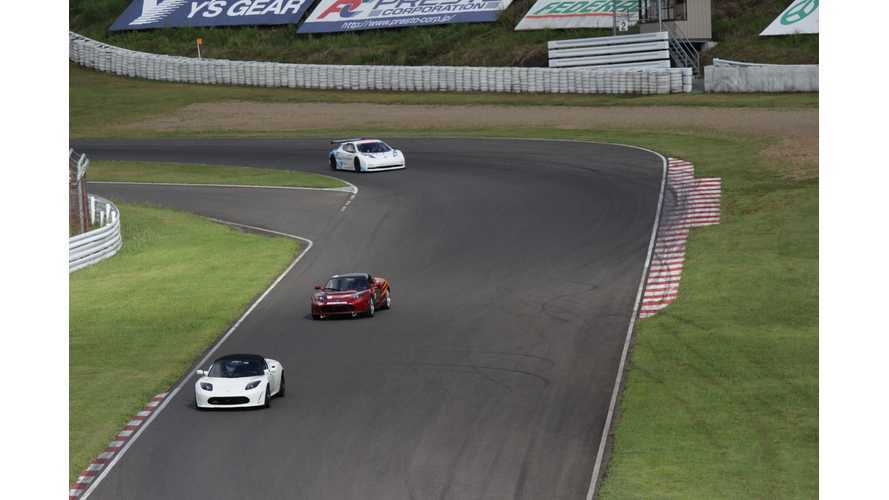 All Japan EV-GP Series is a Japanese racing series that was first organized about two years by Japan Electric Vehicle Race Association (JEVRA).

Last year, the racing series consisted of 5 rounds. This year, All Japan EV-GP has 6 rounds, of which two were already held on the Sodegaura Forest Raceway.

One time last year the Nissan LEAF Nismo RC was fastest, but this year it's sadly not competing.

However, the real battle is in the EV-2 class where near-identical LEAFs continually battle  for the best result.

All of this racing action you'll find in JEVRA's own video channel (first two round attached below).

How cool is all of this?  And when we will see this kind of racing in other countries? Okay - California has Refuel that could be regarded as a similar event, but it's not nearly as extensive as this.