Mr. Chevy Volt, Bob Lutz, to be Inducted into Automotive Hall of Fame 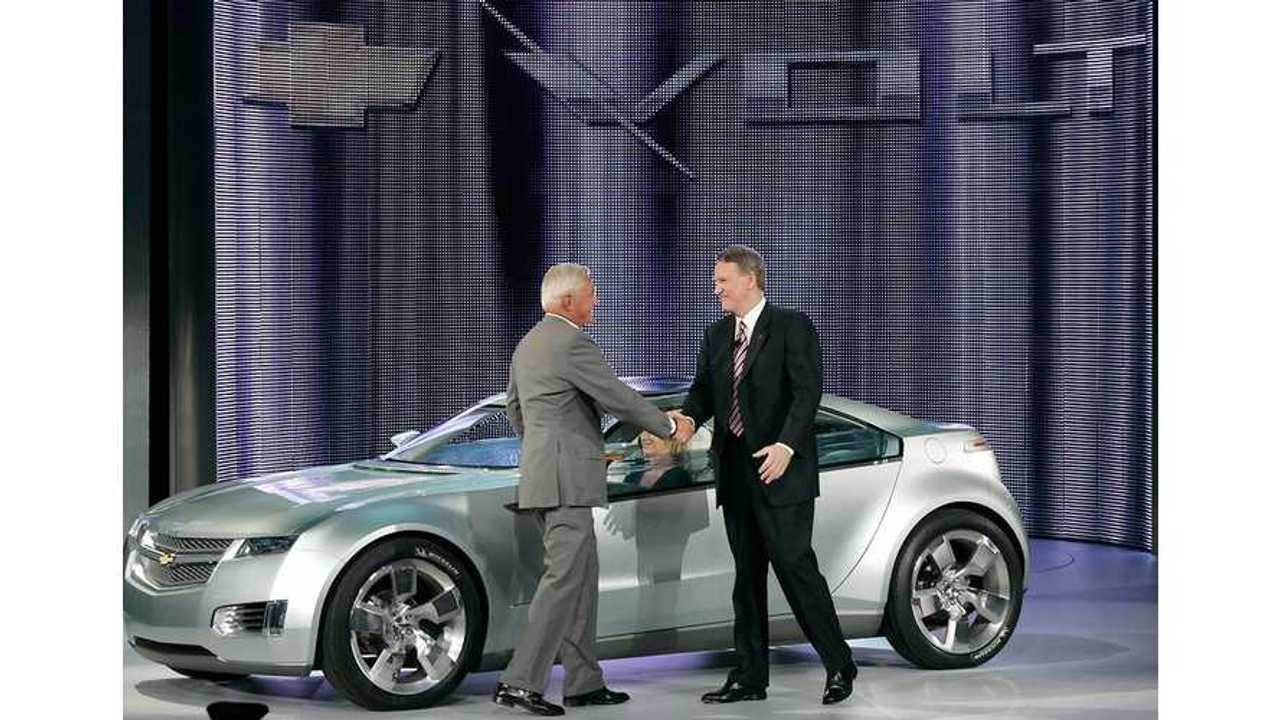 We Can Thank Mr. Lutz For Re-Introducing The Electric Car To The World At the 2007 NAIAS In Detroit

We like to call him Mr. Chevy Volt, but he was born with the name of Robert Anthony Lutz in 1932.

And now, after some 40 years in the automotive industry, Mr. Chevy Volt is being inducted into the Automotive Hall of Fame.

Lutz joins a list of 9 others who will be inducted this year.

Here we take a brief look back at Lutz' automotive past, with our required focus on his electric vehicle efforts.

Bob Lutz And Jay Leno Talk Cars Over The VTRUX

In 2008, Lutz was quoted as saying that "the electrification of the automobile is inevitable."

In 2011, Lutz was interviewed for the documentary "Revenge of the Electric Car."

Also in 2011, Bob Lutz joined VIA Motors as chairman:

Most recently, Bob Lutz was linked to Fisker Automotive as one of a group of individuals interested in reviving the failed automaker.

But Mr. Lutz will forever be remembered by us for his contributions to the Chevy Volt.  Some say that without Lutz on board, the Volt would have never made it from concept to production vehicle and, boy what a lost that would have been.

Congratulations Mr. Lutz!  You certainly deserve a spot in our hall of fame.

Check out Bob cutting a promo for VIA motors below (or his interview/ride and drive with Jay Leno here):