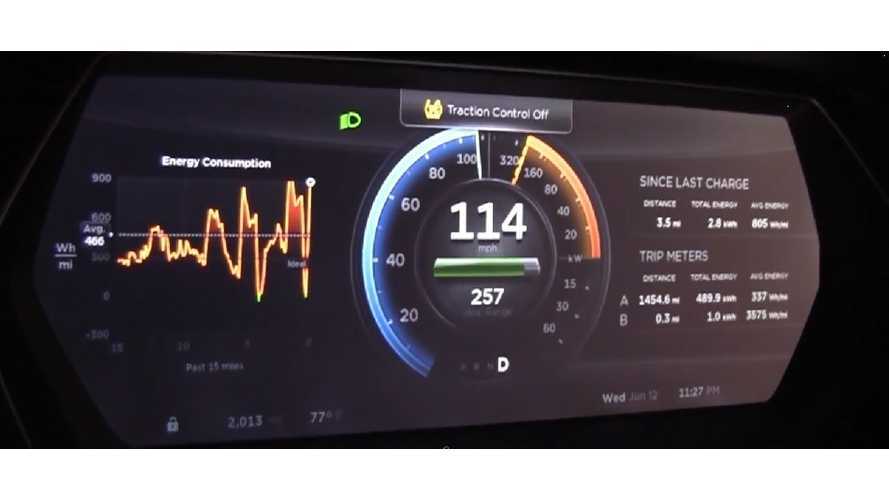 Sometimes it seems like every story regarding electric vehicles has to be about the greater good, the validity of a particular model's existence, how much pollution really goes into a kW of electricity production,  or whether or not the most recent offering  from company XYZ is a compliance car or not.

Most Efficient 12 Second Quarter-Miler Of All TIme!

This is not one of those pieces.

Drag Times, of whom one would assume is not too concerned with anything except how fast a car can complete a 1/4 mile in, lets us take a break from all that deep-thinking about EVs.

However, in this instance they do map out the Tesla's efficiency in their own special way.  As in, how much does it cost to 'fuel' a Tesla Model S during a quarter mile run, and how many theoretical runs you could do before the electric sedan's battery runs out.  (In this case, the 85 kWh performance edition)

The top of the line Tesla Model S (416 HP / 443 ft-lb) tops out at about 114 mph at the end of a quarter mile (12 seconds), and expends 1.1 kWh to do so, but then recovers .6 kWh of energy during the subsequent deceleration, leaving the net output of the race at .5 kWh....or 6 cents a pass - based on the current rates where the test was done (southern Florida).

But what does that all mean to the greater good?  And how does that effect next month's launch of the Fiat 500e next month?  We will let someone else decide.